Even if it’s impossible to name check specific titles that Casa de mi Padre is mocking, this lovingly hilarious tribute to bad filmmaking is custom designed for movie geeks. 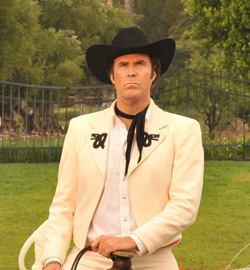 This Friday, Will Ferrell returns with another cinematic entry of his patented brand of wacko-surrealist comedy. However, this time it’s a little different. Specifically, the movie, Casa De Mi Padre, is entirely in Spanish and subtitled. Dork Shelf got a chance to chat with Casa De Mi Padre’s writer Andrew Steele and director Matt Piedmont to discuss the origins of their completely insane (in the best possible sense) new movie.