We've cleared off some space on That Shelf for our 100 of our favourite movies of the decade. What are some of our faves from 2012?

Quentin Tarantino was at Comic Con in San Diego this weekend and confirmed that he will indeed be saddling up again to make his second western, the on again, off again Hateful Eight!

With about roughly one billion film festivals this past month, our film writers haven't been able to keep up with the DVD column. So here now is a mix of everything leading up to this current week with looks at Django Unchained, Silver Linings Playbook, John Dies at the End, Gangster Squad, Jack Reacher, Broken City, Mama, The Details, Promised Land, Revenge for Jolly!, The Oranges, and links back to a ton of other stuff we just didn't have room for. 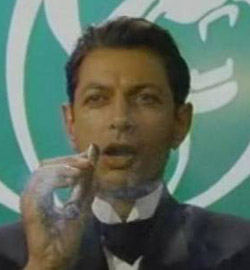 By popular demand, enter for a chance to win one of ten pairs of passes to see an advance screening of Quentin Tarantino's Django Unchained on Thursday, December 20th in Ottawa, Winnipeg, or Toronto, courtesy of Dork Shelf and Alliance Films.

Enter for a chance to win one of five pairs of passes to see an advance screening of Django Unchained in Toronto on Monday, December 10th at 7pm with director Quentin Tarantino in attendance.