Downton: Abbey: A New Era offers more for fans to love, including a very funny play between the advent of sound cinema and Downton's need to change.

Why is The Gilded Age’s chief scribe reluctant to lampoon his characters who actively uphold and benefit from a privileged society?

The Gilded Age Episode 6 opens upon the wreckage of a train derailment. Akash Singh leads us through where things go from there.

The Gilded Age is, at its core, a story of hypocrisy, but can audiences count on Julian Fellowes to deliver the full critique?

The Gilded Age is an exquisitely designed and barbarous soap opera and, in that vein, it is often remarkably unsubtle.

The latest Downton Abbey: A New Era trailer is here, with its delightful GOWNS and that theme song we all know by heart.

They say it’s a Golden Age for television, but the Downton Abbey movie proves that the big screen still reigns supreme.

We talk to Theo James, leading man of the next big YA novel adaptation Divergent about his character’s internal struggles, what being in a franchise could mean for his career, his fears of being objectified, why people seem to be drawn to dystopian narratives, and why he approaches every job the same way regardless of size or potential success. 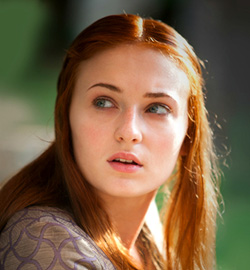