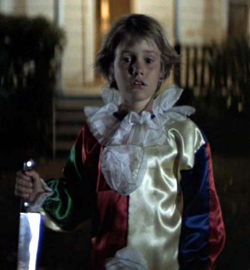 This Blu-Ray round-up for early July takes a look at the new releases of the rebooting of Evil Dead, the award winning documentary The Gatekeepers, the bizarre Southern fried sleaze of The Paperboy, and a different take on the already much talked about Spring Breakers.

The good news about the Evil Dead remake is that it’s a pretty enjoyable bloody romp. The bad news is, it’s nowhere near as exciting, fun or, well-crafted as the original trilogy. The reaction you’ll have to it will really come down to the expectations you bring to the theatre.

We talk to the first time feature director behind the long awaited and talked about remake of Sam Raimi's Evil Dead about making such a huge leap from microbudget shorts to a big deal studio production, his film’s reliance on practical effects and authenticity rather than CGI and fake sets, the film’s writing process, why the MPAA was actually helpful on a film some say is one of the goriest ever made, and why he’s always his own harshest critic.

Too often, when famous and successful franchises are mixed together for a crossover, you end up with a total disaster. Danger Girl and Army of Darkness manages, though not as well as the respective source materials, to be a fun, fast-paced, action-packed read!
Variety is reporting that Sam Raimi; the man who brought us the Evil Dead and Spider-Man films, has signed on to direct a film adaptation of World of Warcraft for WB.  This will be Raimi’s next project after Spider-Man 4, so don’t expect to see Warcraft on the big screen any time soon.  It’s exciting […]
You can chalk this post up as an excuse to post a picture of the lovely Alison Lohman.  Yahoo Movies has posted the trailer for Drag Me to Hell, the latest film from director Sam Raimi, his first non-Web Crawler film in nearly a decade.  Raimi who wrote and directed the three Spider-Man films, as […]