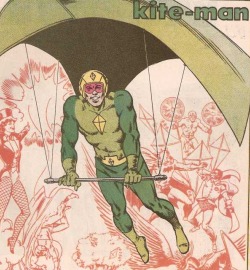 Actor/comedian Nug Nahrgang and writer/director Andrew Cymek hit The Silver Snail once again to review this week’s DC Comics “New 52″ #1′s. This week features I…Vampire #1, Justice League Dark #1, Teen Titans #1, All Star Western #1, Batman: The Dark Knight #1, Superman #1 and much more!
Welcome to this week’s pull list.  This is a light week for me, but the quality of books certainly makes up for that. Fantastic Four #567 So Mark Millar (pronounced “Miller”) and Bryan Hitch brought us The Ultimates, one of the best books of the past decade without a doubt.  This is the 8th issue […]
In this fourth podcast, Jeff tells us about the super important summer event that's been keeping him busy (is it X-Men Origins: Wolverine?), Will explains how Fallout is like Metal Gear, and Lucas drinks from the precious "I ♥ Jim" mug. The dorks talk about new TV shows, bemoan the shallow ethnic diversity in superhero troupes, and debate the state of computer gaming. Prepare to be informed, amused, and offended.