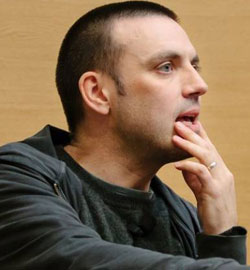 We chat with the enigmatic Frank Quitely about Jupiter's Legacy, working with Grant Morrison and what it's like to be in Canada, eh?

All-Star Superman is DC's newest animated feature and drops today on Blu-ray and DVD; it follows the storyline set out by the comic book of the same name. Released between November 2005 to October 2008, All-Star Superman gave us the quintessential Superman story - there were elements from every part of his mythos, and it was all tied together by one overarching plot point: Superman is dying, and needs to come to terms with his mortality.