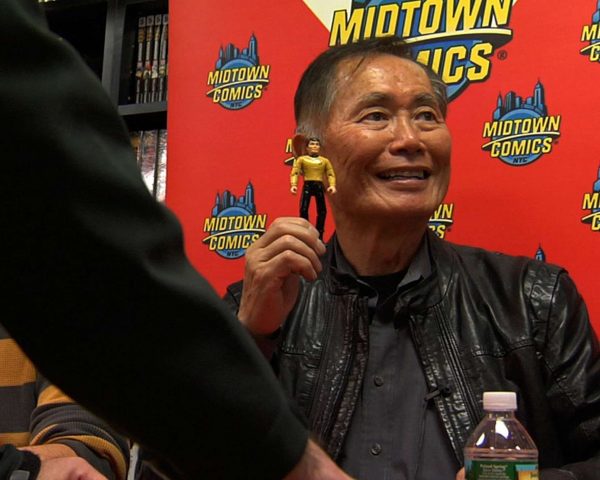 All over the place when it should be focused, the documentary To Be Takei is an intermittently likable, but ultimately frustrating look at one of the biggest geek and gay icons to ever live.
To Be Takei Special Presentations While director Jennifer Kroot and co-director/editor Bill Webber do a fine job of showcasing what makes actor, writer, and human rights activist George Takei such a fascinating and important historical figure when it comes to Asian and gay actors, the movie they made around him is a maddeningly disjointed mess. […]
The Measure of All Things The rarest ticket of the festival is this one night/one show only of Academy Award nominated filmmaker Sam Green’s live directed, conducted, narrated, and mixed documentary inspired by The Guinness Book of Records. With a soundtrack from The Quavers, the film blends traditional storytelling with performance for what’s sure to […]