The Measure of All Things

The rarest ticket of the festival is this one night/one show only of Academy Award nominated filmmaker Sam Green’s live directed, conducted, narrated, and mixed documentary inspired by The Guinness Book of Records. With a soundtrack from The Quavers, the film blends traditional storytelling with performance for what’s sure to be a once in a lifetime opportunity. (Special Event)

Academy Award winning producer of The Cove Fisher Stevens joins Academy Award winning filmmaker and activist Robert H. Nixon team up to take a look at the life and work of noted oceanographer, scientist, activist, author, and explorer Sylvia Earle and her personal efforts to try to protect the oceans of the world based on her wealth of knowledge, research, and experience. (Special Presentation/Scotiabank Big Ideas) 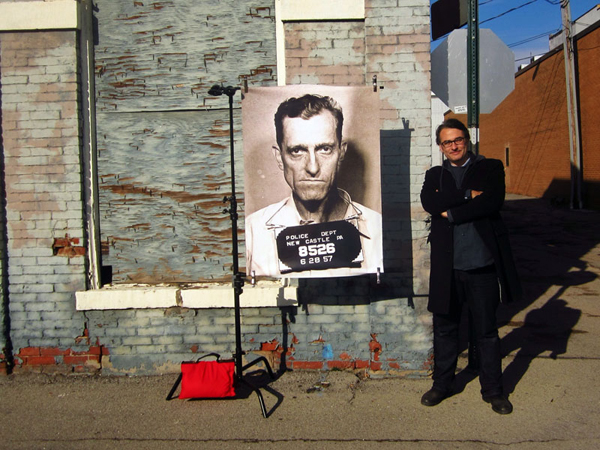 We all know about the more infamous shots of celebrities and assorted crazy people in their prison mugshot photos, but are they art? What about the people behind the photos? What do these photos mean to society historically? Canadian filmmaker Dennis Mohr takes a look at the images behind the images. (Next, world premiere)

Remember the Nicolas Cage/Jared Leto movie Lord of War? That’s this guy. Directors Tony Gerber and Maxim Pozdorovkin (the latter of which hit the festival last year with Pussy Riot: A Punk Prayer, and the former of which made a film with The Overnighters director Jesse Moss in 2008 titled Full Battle Rattle) look at the real story behind Viktor Bout and his rags to riches rise to becoming the most feared and wanted arms dealer in the world. (Special Presentation)

Out of Mind, Out of Sight

Multi-award winning Canadian documentarian John Kastner follows up his groundbreaking 2013 festival entry NCR: Not Criminally Responsible with another look at the mental health industry. This time Kastner takes a broader look at those committed to institutions for violent crimes as they attempt to get better within the walls of the Brockville Mental Health Centre. (Canadian Spectrum, world premiere)

“Common People” and “Disco 2000” hitmakers and  Brit-rock icons Pulp are the subject of this artistic concert documentary from their final show in Sheffield. It should appeal to those who miss the band already, but considering frontman Jarvis Cocker had a hand in developing the film (alongside New Zealand filmmaker Florian Habicht), it will be interesting to see how alleged tensions within the band might be explored. (Nightvision)

In war torn Syria, two unlikely allies attempt to create one last bastion of democracy in a country in need of stability. Filmmakers Andrea Kalin and Oliver Lukacs follow 27 year old Razan Shalab al-Sham (a college educated woman from a wealthy and respected family) and 29 year old Mouaz Moustafa (a dirt poor Damascus born, American raised liaison between the CIA and Pentagon and the Free Syrian Army) as they attempt to fix their country bit by bit in the face of potential threats and chemical weapon attacks. (World Showcase, world premiere)

For a combined 30 years, five Muslim men have been detained on Canadian security certificates without ever being able to see the evidence against them or even being charged with a crime. A beneficiary of the Hot Docs Doc Ignite campaign, Amar Wala’s film looks at a loophole in Canadian homeland security that can allow anyone to be detained infinitely and without explanation. (Canadian Spectrum, world premiere)

IRON SHEIK, TRUE CHAMPION IF YOU DON’T RESPECT GO GET THE COLD BEER AND GO FUCK YOURSLEF AND MAKE YOU HUMBLE. If any of that paraphrasing makes sense or you remotely understand that – or you’re a fan of classic professional wrestling – you’ll know it was in reference to Khosrow Vaziri, a.k.a. The Iron Sheik: the man who helped elevate Hulk Hogan to superstardom by being one of the greatest wrestling heels of all time and someone who has reinvented himself in recent years as one of the best, un-PC tweeters there is. Canadian filmmaker Igal Hecht takes a look at the man behind the persona, one filled with as many dark secrets and personal tragedies as there are silly highlights. (Special Presentation, world premiere)

Pat Benatar once famously said that “Love is a Battlefield.” So who better than the Academy Award nominated filmmaker who once followed war photographers, Christien Frei, to take a look at the pain and that goes hand in hand with the most unquantifiable, pleasing, confounding human emotion coming to an end in a film that follows the recently dumped. (Love, Factually, international premiere)

Heralded as the first ever “doc opera” this look at one of the world’s greatest shock rockers brings together filmmaker Reginald Harkema (Monkey Warfare) and famed metalhead documentarians Sam Dunn and Scot McFayden (Metal: A Headbangers Journey, the Metal Evolution miniseries) in an almost entirealy archival sourced film. It’s also part of this year’s partnership between the festival and Cineplex that will see the film and the premiere broadcast to 46 select Cineplex locations across Canada. (Special Presentation)

Ohhhhhh myyyyyyy. It’s a look at beloved character actor George Takei. Best known for his role as Sulu on Star Trek, Takei has become an outspoken activist for gay rights and a warm, joy bringing internet presence to his many adoring fans. Filmmakers Jennifer Kroot and Bill Weber tell the story of a man who grew up in a Japanese-American internment camp during World War II that grew up to be an unlikely sci-fi superstar. (Special Presentation/Scotiabank Big Ideas, international premiere)

How would you react if you already lived a hand to mouth existence and you found out the land you had been living on/squatting on had been illegally sold to outside developers? That’s the plight facing the largely artisan population of Delhi’s Kathputli Colony in Jimmy Goldblum and Adam Weber’s film about  marginalized people getting forced out for an ambitious new skyscraper. (International Spectrum, international premiere)

A hero of the pro-choice movement, Dr. Rebecca Gomperts sails from port to port offering abortions, contraception, check-ups, and advice to women around the world in countries where they might not otherwise have access to the care they might desperately need. The story of a woman who created her own sovereign space within her profession, filmmaker Diana Whiten takes a look at the Women on Waves campaign and its survival in the face of numerous protests and countless threats from unhappy governments. (World Showcase, North American premiere)

Last, but certainly by no means least, comes the latest film from Paradise Lost trilogy filmmaker Joe Berlinger. This time, Berlinger focuses on one of the most infamous criminals to ever evade FBI custody for decades, feared leader of the Boston Irish mob, Whitey Bulger, a man who was probably the last of the high profile shotcallers left standing until his capture in 2011 ended his four decades as one of the most feared criminals on the planet. (Special Presentation, international premiere)