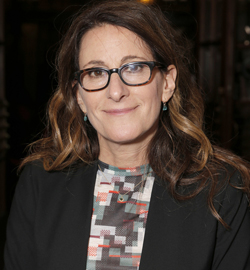 Dork Shelf talks to Enough Said director Nicole Holofcener about how she draws inspiration from real life, the passing of James Gandolfini, how the late actor wasn’t her first choice, why it took so long for anyone to give Julia Louis-Deryfuss a starring role, and the difficulties of modern filmmaking as a female director who likes making age appropriate movies about real women.

Enter for a chance to win one of ten pairs of passes to an advance screening of Enough Said in Vancouver on Wednesday, September 25th or in Toronto or Calgary on Thursday, September 26th, courtesy of Dork Shelf and Fox Searchlight!
Enough Said Special Presentation Director: Nicole Holofcener A sweet and unforced romantic comedy of errors set against the spectre of divorce, Enough Said finds writer/director Holofcener going for a bit more warmth and good will this time out following the darker Please Give. While not a reinvention of anything, it’s a well acted, snappily realized […]