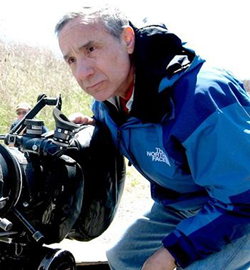 We talk to the one and only Lloyd Kaufman, the man behind the 40 year old independent film production company Troma Entertainment, abut his latest directorial effort, Class of Nuke 'Em High, Volume 1.

With the second season premiere of the sword & sandals epic Spartacus just around the corner, we had the opportunity to talk with Australian actress Viva Bianca, who plays the manipulative Roman aristocrat Ilithyia on the Starz series.