The Ghosts in Our Machine

In the Toronto film, art and literary communities, Marc Glassman is a true renaissance man and this weekend the former owner of beloved Pages Bookstore synthesizes all of his loves into the Pages Festival (from the 13th to the 15th). In this first part of a two part interview, we talk about how Glassman's previous work has led to the creation of the festival, as well as in depth looks at events with Atom Egoyan and Bob Bossin and talks about urban narratives and the art and future of the book.

This week at the Bloor Hot Docs cinema we take at the hard to watch, but rewarding No Fire Zone: The Killing Fields of Sri Lanka, the informative but bone dry architectural documentary Sagrada: The Mystery of Creation, and briefly note some cool events and special guests for this coming week. 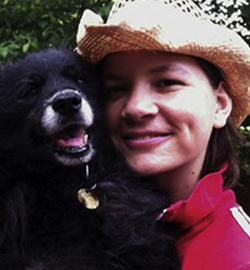