Why Horror? The only documentary playing at Toronto After Dark examines why festivals like this exist. While the popularity of horror films may wane with the ebb and flow of moviegoer’s genre appetites, they are constantly consumed by the hardcore fans who are bloody passionate about the screen’s ability to shock and awe. For every […]

For a filmmaker to hear that their feature film would be better off as a short, that’s tough. If they were to hear their short should be turned into a feature, now that’s a compliment. I think that’s what the short film showcases at festivals advertise: do we want to see more of this? It’s […]

Housebound Housebound is a demented and hilarious yarn where you’re never sure if you want to laugh or scream. When Kylie Bucknell’s (Morgana O’Reilly) wild child ways catch up to her, she’s forced into the one punishment that she never expected.  She’s placed under house arrest in the home she desperately tried to escape from […]

Sometimes a movie tries so hard at being “something”, it just amounts to nothing. That’s what I felt about Suburban Gothic, the sophomore film from Richard Bates Jr. The film wants to – primarily –be a comedy, but also a supernatural thriller, horror, and romance fused together by scenes that aim to be clever, cute, and occasionally […]

Dead Snow 2: Red vs Dead Dead Snow 2 has director Tommy Wirkola returning to the property that launched him to international recognition, his Nazi Zombie horror comedy Dead Snow, but this time Wirkola and his co-writers Stig Frode Henrikson and Vegar Hoel aim for a different take on the material. Martin (Hoel) is the […]

The Babadook If you previously had any complaints that this was a particularly weak year for horror films, the wait for the scariest film of the year has ended. It’s the rare kind of scary movie to make people feel for the safety of those around them and stay up all night. Proceed with caution […]

Wyrmwood Blending Austrialian genre classics Dead Alive and Mad Max into a generally pleasing package, the apocalyptic zombie-ish thriller Wyrmwood  – a labour of love made over the course of several years by the brotherly duo of Kiah and Tristan Roache-Turner – might not be breaking any new ground thematically, but it’s certainly bringing the […]

Predestination The latest film from Michael and Peter Spierig (Undead, Daybreakers) manages to be the duo’s best yet: a reworking of the Robert Heinlein short story “All You Zombie” that feels right at home alongside similarly minded time travel crime thrillers Minority Report and Looper, coming out slightly better than the latter and not quite […]

Kumiko, The Treasure Hunter While a major hit at Sundance earlier this year, this offbeat psychological drama and character piece doesn’t exactly scream out to the Toronto After Dark crowd. It’s thoughtful, slow moving, austere, and has very few major jolts to it. Then again, the similarly low key Let the Right One in was […]

The Drownsman The Drownsman is a simple, but old school ode to those things that make us jump out of our seats that relies heavily on believable style and largely practical effects. After a traumatic near drowning experience, Madison (Michelle Mylett) develops a crippling fear of water. She’s terrified to even go out in the […]

The ABCs of Death 2 Anthology films are a tough sell on the best of days no matter the genre, but at least ABC’s of Death 2 is a marked step up from the first installment, with more of the best and brightest talents that horror has to offer on board. From A to Z, […]

Open Windows There’s a decent reworking inside of this tech minded thriller, but the latest from Nacho Vigolondo (Time Crimes, Extraterrestrial) isn’t only one of the most sloppily plotted and wholly illogical films of the year, but perhaps even worse is how the film’s the Spanish writer and director are pulling inspiration from were terrible […] 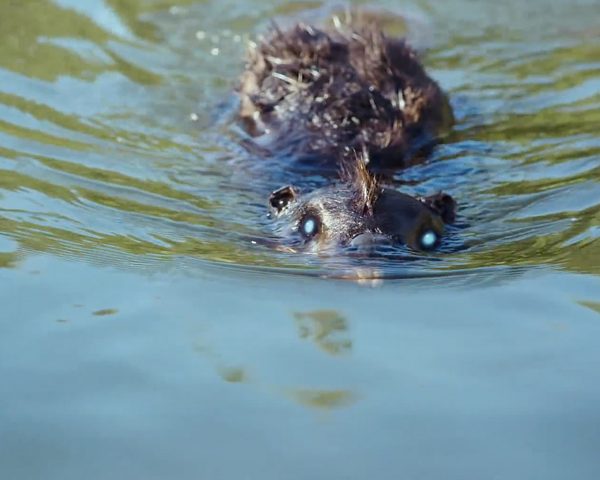