TAD 2014: The Drownsman Review - That Shelf Skip to main content

The Drownsman is a simple, but old school ode to those things that make us jump out of our seats that relies heavily on believable style and largely practical effects.

After a traumatic near drowning experience, Madison (Michelle Mylett) develops a crippling fear of water. She’s terrified to even go out in the rain.  After an intervention by her friends goes wrong, Madison and her friend finds herself on the run from a looming,  mysterious creature is pulling them all into the deep and dark water making sure that none of them are ever heard from again. 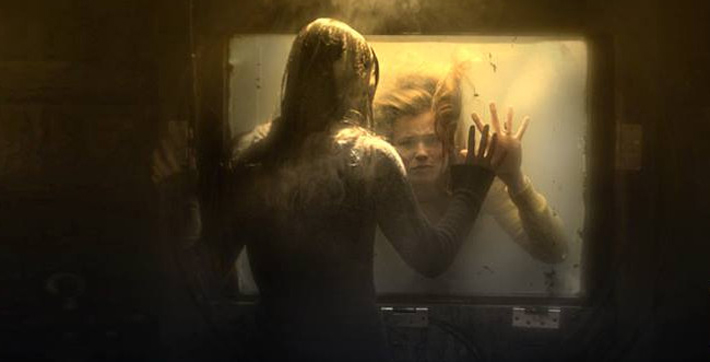 It’s a basic, but effective, designed to freak people out and get some natural scares by using environment, set design, and atmosphere rather than using blood, gore, and an excess of VFX. Co-writer and director Chad Archibald keeps things moving fast and focused.  It’s dark, visceral, and suitably uncomfortable. The script sometimes gets a little goofy, but Mylett is a strong heroine and is carving herself a solid niche in the Canadian indie horror scene.

It’s a great little example of a movie that proves that you don’t need a big budget or a super high concept to succeed. Sometimes you just need genuinely talented people to get the job done. (Dave Voigt)