Housebound is a demented and hilarious yarn where you’re never sure if you want to laugh or scream.

When Kylie Bucknell’s (Morgana O’Reilly) wild child ways catch up to her, she’s forced into the one punishment that she never expected.  She’s placed under house arrest in the home she desperately tried to escape from with her blabbermouth of a mother Miriam (Rima Te Wiata), who tells anyone that will listen that their house is haunted.  Kylie dismisses Miriam as crazy, but weird things are happening around the house.  When the bumps in the night and the unsettling whispers start to grow, she learns more about the history of the house and what happened there. Kylie can’t help but wonder if she has inherited her mother’s overactive imagination or if this house really is possessed. 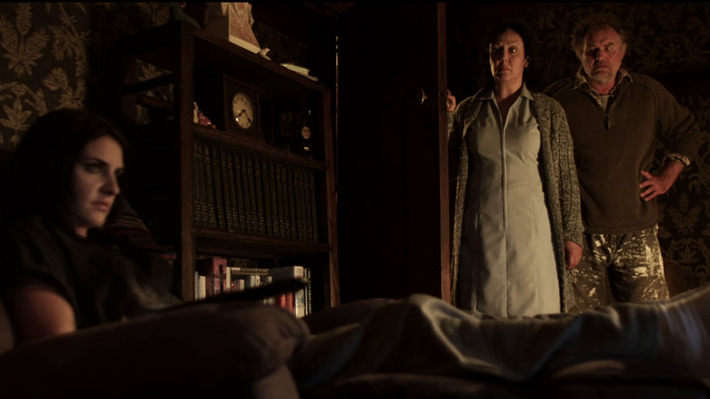 The debut feature from writer/director Gerard Johnstone a healthy dose of humour to the horror.  It’s a well shot and well designed affair, and the house feels as alive as the material itself.  It gets a bit bogged down and overstuffed, but when all the beats, both comedic and horror hit as well as they do with an ensemble cast that is really embracing the material, who the hell really cares?

Ultimately, Housebound reminds me why we go to horror movies in the first place, to laugh, to scream and to have a hell of a lot of fun. (Dave Voigt)