Continuing our look at some of the rarest Star Wars sets around, Managing Editor Jason Gorber looks at toy versions of the Imperial Probe Droid aka PROBOT.

Fan Expo Canada is back in full swing and bringing joy to Canada’s pop culture die-hards. Walking into Fan Expo Canada is like Alice passing through the looking glass. You’re walloped by a surreal wave of sights and sounds the moment you step through the Metro Toronto Convention Centre’s doors. Day one didn’t disappoint, offering […]

Looking for last minute Valentine's Day gift ideas? If you like Funko Pop! vinyls then these couple-themed pairings might be shelf-worthy.

This week James and Yaw take on the 1980s futuristic police cartoon C.O.P.S.

We take a look at some of the new features and characters coming to Disney Infinity 3.0.

Thoughts on the greedy lunacy of selling the nostalgia before the game. 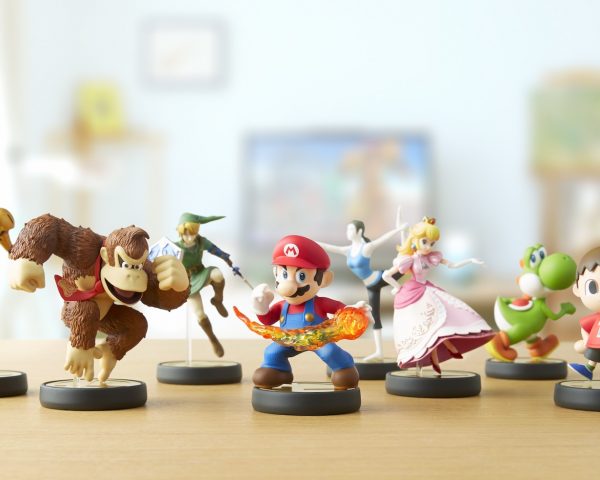 We already know what kinds of characters become amiibos. That's why these would be genuinely surprising.

With its latest batch of rewards, Club Nintendo gives its most loyal customers things they already have.
Toy collectors and fans of the 80s are in for a treat this weekend as the 2012 Canadian 80s Toy Expo will be at the Sheraton Parkway Toronto North Hotel – 600 Highway 7 East, Richmond Hill, Ontario this Sunday, April 1st. Featuring Canada’s largest dealer room of vendors selling 80s related merchandise, former WWF […]
I love toys. I love ripping open the package (and sometimes slicing my hand open on the sharp plastic edges because I am too eager), undoing the twist-ties that hold the figure in place, and finally breaking it free like a new butterfly emerging from a chrysalis. Anyone who has been to my apartment can […]
I have been collecting toys and comics for most of my life.  While I have been able to collect entire series of comics, the same cannot be said for toys.  I would start with a series that I thought was really cool, but before too long I would get bored and move on.  I have […]