The Attack Review - That Shelf Skip to main content 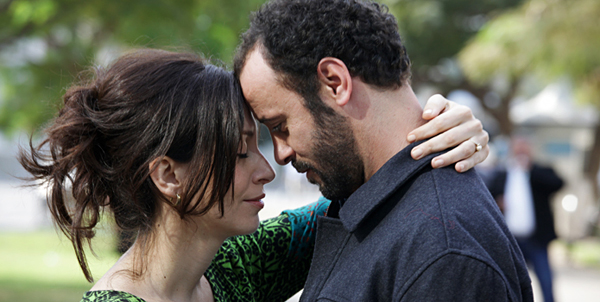 There’s something a bit off about Ziad Doueiri’s drama The Attack. It’s a parable about the never ending Israeli-Palestinian conflict that steadfastly refuses to take a stance, and while that’s a novel and admirable approach, the rest of the film around it is just far too inert to really generate much drama given the intense feelings that should be involved. It’s about a man caught in situation that angers him because he can’t understand it and no one really wants to help him, and yet because of the film’s desire to remain neutral it all amounts to a null set revenge drama.

Happily married for 15 years, Amin Jaafari (Ali Suliman) has been working successfully as a trauma surgeon in Tel Aviv despite his Arab heritage. He isn’t a practicing Muslim, nor is his wife (Reymond Amsalem). He’s easily accepted among his peers as an equal. That all changes following a suicide bombing that kills 17 people with all evidence pointing towards his wife – who Amin thought was out of town visiting family – was the culprit. Now not generally trusted among most of his friends save for a sympathetic co-worker and a cop, Amin begins a mission to look into the potential that his wife had a secret past.

Based on a novel by Yasmina Khadra, the balance between the Jewish and Muslim perspectives is admirably handled by Doueiri, but to a complete fault. Just when the film seems like it’s going to slightly tip towards taking a stand on anything or even remotely giving any answers, it pulls back completely. It starts and ends with completely shrug worthy affirmations that the dispute can never be resolved or answered, and that would be just fine for a movie that has a bigger reach than this one.

Amin’s suffering is a very emotional and somewhat intellectual one to be sure, but the heart of the movie is still a very standard “searching for answers,” pseudo-revenge based narrative. Doueiri barely even allows his cast to raise their voices in anger because doing anything obviously righteous might constitute saying something, when really the film doesn’t want to say anything at all on the subject and instead wants to be a personal journey. That numbness of tone nearly kills the excitement of watching Suliman (who does a fine job) try to figure out how to play the material without sympathizing with anyone around him.

To make matters even worse, the actual strands of the plot are incredibly obvious and the answers that he sought could have been gleaned from making one phone call to the one person he should have been talking to in the first place. It’s a really awkward moment that comes towards the end that should have been the first thing that happened. Then again, the ending is so misguided and bland that it probably wouldn’t have mattered. The Attack isn’t a terrible movie by any stretch, but it is incredibly inert.