As the coronavirus digs its nasty hooks into more of the population, it seems like civilization is grinding to a halt. Schools, offices, and restaurants are all sending their people packing, and as responsible citizens, we’re asked to stay at home.

At least we have a never-ending supply of movies and TV shows to watch to keep us occupied, right? Well, not anymore.

Streaming has ushered in the golden age of content. It feels like an enticing new cooking series or silly-ass reality show debut every day. And even though there is enough content out there to keep us busy for years to come, that nonstop stream is finally drying up.

It all began when the entertainment industry started pushing back the release dates of their upcoming movies. So completed titles like Black Widow, Mulan, and No Time to Die, are sitting in a vault somewhere right now waiting for the day when humanity can creep back out into the sun and then head straight for a dark movie theatre.

What’s most troubling is the number of films forced to halt production. Movies like Matt Reeves’ The Batman and Lana Wachowski’s The Matrix 4, titles that were already shooting, have shut down. Most of the major studios’ tentpole pictures have release dates that are etched in stone. But with the coronavirus putting the kibosh on face-to-face contact, these incomplete films remain in limbo.

Making a movie is a complicated process. Saying so may be a cliché, but wrapping up a successful shoot is a small miracle. Creating a film requires hundreds of people, dozens of locations, and a lifetime’s worth of blood, sweat, and tears. So the hurdles these delayed titles face are more complicated than just pushing back their release dates.

To film a movie like The Batman, actors and directors carve several months out of their jam-packed schedules. In advance of a shoot, producers must book studio space, hire crews, and secure permits for real-world locations. And stunt and visual effects teams start working on spectacular set-pieces before the movie even begins shooting. Many of these folks are established in the business and they have gigs lined up for the next year or two.

Think of the most elaborate wedding you’ve ever been to, and the year of planning that went into it and how stressful that all was for the bride and groom. Now multiply that by about 1000, and you get the picture. Making movies means coordinating thousands of moving pieces with the level of precision of a Terminator. And the longer this delay goes, it begins wreaking havoc on all the movies set to go into production several months down the road. This coronavirus-inspired hiatus is sending the entire industry spiraling out of wack.

Look, I know we have bigger things to worry about than the status of the next Jurassic Park movie. But movies, music, and sports are what many of us turn to when we suffer through hard times. As bad as things are now, it’s reassuring to know that there is a new Judd Apatow comedy waiting for me down the road. 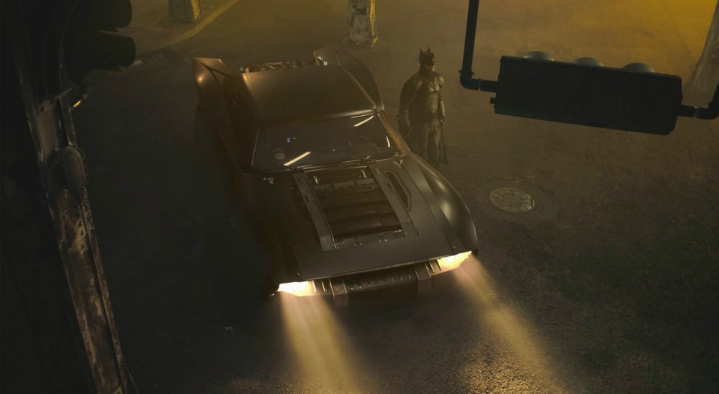 The team at Variety put together a list of titles that have shut down and delayed because of the coronavirus.

1 – 3 “Avatar” Sequels – Production on the three planned “Avatar” sequels in New Zealand has been “postponed until further notice.” A group of the franchise’s execs were scheduled to fly over to New Zealand on March 20, but they will now remain in Los Angeles and plan to return to the studios in Wellington where shooting is taking place later this year.

4 -“Matrix 4” – Warner Bros. shuttered production on “The Matrix” as the coronavirus pandemic continues to spread. The film had moved from San Francisco to Berlin and was preparing to shoot the week of March 16 in Germany, but chose to hold off.

5 – “Uncharted” – The Sony big screen adaptation of the popular video game has hit pause on its pre-production for at least a six week period, as the entertainment industry heads into uncharted waters due to the coronavirus.

7 – “Samaritan” – MGM’s Sylvester Stallone thriller is going on a minimum two-week hiatus to keep safe. The production had been shooting in Atlanta.

8 – “Vengeance” – B.J. Novak’s directorial debut has been put on a two-week hiatus. Details have been kept under wraps, but Novak, Issa Rae, Ashton Kutcher and Boyd Holbrook are set to star in it.

9 – “The Card Counter” – On March 16, Paul Schrader announced on Facebook that his movie “The Card Counter” had shut down “five days before wrap by my pussified producers because an LA day player had the corona virus.” The “Taxi Driver” screenwriter continued, “Myself, I would have shot through hellfire rain to complete the film. I’m old and asthmatic, what better way to die than on the job?”

10 – “Red Notice” – Netflix has placed “Red Notice,” starring Dwayne Johnson, Gal Gadot and Ryan Reynolds, on a two-week hiatus. The film had been shooting all over the world and recently moved to Atlanta.

11 – “The Batman” – Warner Bros. has suspended production on Matt Reeves’ “The Batman” for two weeks. The film had been shooting on a sound stage with plans to move to Liverpool, and the company thought it was best to go on hiatus during the location change.

12 – “Jurassic World: Dominion” – The third in the new “Jurassic” series had been shooting in London since February, but has been shut down as part of Universal’s across the board shutterings. It is scheduled to release in June 2021, but the disruption might change that.

13 – “Flint Strong” – Another Universal film, this boxing drama stars Ice Cube and Ryan Destiny. It’s set to be directed by the feature directing debut of Rachel Morrison, the “Black Panther” cinematographer who made history with her Oscar nomination for “Mudbound,” a first for a woman DP.

14 – “Shrine” – a horror thriller from Screen Gems, shut down for a four-week hiatus. It’s the directorial debut from screenwriter Evan Spiliotopoulos, starring Jeffrey Dean Morgan. Earlier on Saturday, Mark Duplass, had shamed Sony on Twitter for not shutting down (Duplass’s wife Katie Aselton co-stars). The production, underway since February, had been in meetings for several days prior to the Duplass tweet over how to fully pause filming, one insider said.

15 – “The Man From Toronto” – This Sony action-comedy with Kevin Hart, which on March 10 had replaced Jason Statham with Woody Harrelson, has paused the production start for the movie.

16 – “Shang-Chi” – The Marvel movie suspended production because director Destin Daniel Cretton wasn’t feeling well, and was told by a doctor to self-isolate while he waited for the result of a COVID-19 test.

17 – “The Little Mermaid” – Fans will likely have to wait a little while longer to be transported under the sea, as Disney has indefinitely postponed production on the live-action remake.

18 – “Nightmare Alley” – Guillermo del Toro’s upcoming pic is one the productions that Disney has put a temporary stopper in.

19 – “Geechee” – The Andrea Riseborough-starring supernatural thriller was suppposed to begin shooting in the Dominican Republic the week of March 16, but has suspended production.

20 – “Home Alone” – Another upcoming Disney pic whose production has been delayed.

21 – “Peter Pan & Wendy” – Hopefully this Disney film hasn’t been sent to Neverland because its production has been shut down.

22 – “The Last Duel” – The Ben Affleck, Matt Damon and Ridley Scott film is scheduled for a Dec. 25 release date, and it is unknown whether that will be affected by the production halting.

23 – “Shrunk” – Disney has halted production on almost all its live-action films, and this “Honey, I Shrunk the Kids” sequel is on the list.

24 – “The Prom” – Ryan Murphy’s big screen adaptation of the Broadway musical has been forced to abandon production for the time being.

25 – Untitled Billy Eichner/Nick Stoller/Judd Apatow project – This queer romantic comedy, one of the first by a major studio, was set to begin filming in April. Universal has confirmed that production has been delayed.

26 – Untitled Elvis project – On Wednesday, March 11, Tom Hanks and his wife Rita Wilson self-quarantined after announcing they had both tested positive for the coronavirus. The Baz Lurhmann directed feature has been halted.

27 – “Mission Impossible: 7” – The seventh edition in the iconic Tom Cruise film franchise was scheduled to shoot for three weeks in Venice, Italy. However, given that the entire country is currently on lockdown, Paramount Pictures has delayed the Italian leg of its production plans for the highly anticipated action pic.

28 – “Birds of Paradise” – The ballet drama at Amazon has shuttered its production for the time being. Director Sarah Adina Smith shared the news via social media, saying that the production was six days away from wrapping.

29 – “Official Competition” – The Penelope Cruz and Antonio Banderas movie has suspended its shoot in Madrid, according to it production outfit The Mediapro Studio.

30 – “The Nightingale” – Sony’s Dakota and Elle Fanning pic has suspended its production, which was taking place in Budapest.