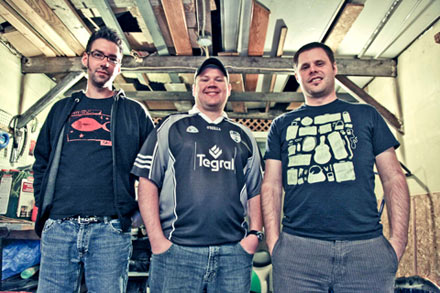 Our friends over at The Games Day Podcast — dork brothers from another mother — are doing a very special live podcast recording today at the Digital Interactive Game Conference in London, Ontario. GDP Episode 78 will be in keeping with the theme of DIG, celebrating all things indie gaming.

Here’s how the guys describe the show:

To celebrate the Digital Interactive Game conference and smaller developers, Episode 78 is all about indie gaming. We’re going to talk about some of our favourite games by independent developers for XBox 360, PSN, Virtual Console, the web, and mobile platforms. It’s going to be an awesome show and we really hope you can make it out to hang out and share your thoughts on some of your favourite indie titles!

Do you have any favourite indie game developers? Are you into games by The Behemoth and Notch (Minecraft, FTW)? Are you always looking for hot games to play on your iPhone, iPad or Android device? Maybe you’re an indie developer yourself (or thinking of becoming one) who wants to get your game known or hear what gamers really want in their indie titles? Regardless, this is a can’t-miss, in-person episode of London’s own weekly videogame show, The GAMES DAY Podcast and we hope to see you there!

GDP Episode 78 is Thurs. November 18th, @ 8:30pm at DIG in London.
You can also watch the GDP show live on UStream as it happens.

If you haven’t already, be sure to check out old episodes of The Games Day Podcast!

Next Article »
Harry Potter and the Deathly Hallows Review