In the weeks leading up to the release of Expendables 2, Will Sloan takes a look at the career of the one and only, Sylvester Stallone, from the beginning, to the bitter middle, to his resurgence. 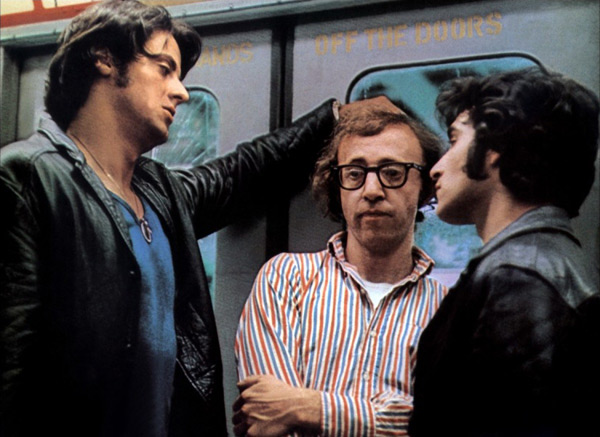 In a career that has encompassed more than 60 movies, over $2.6 billion in worldwide box office, two Oscar nominations, ten Razzies (including “Worst Actor of the Century”), two enduring franchises (and, depending on how The Expendables 2 turns out, possibly three), three marriages, one short-lived fitness magazine, the occasional steroid scandal, innumerable catchphrases, one Presidential shout-out, and god knows how many bad impressions at open mic nights across the world, Sylvester Stallone has been all these things and so much more. And at an age when most of his tough-guy contemporaries are schlepping around to autograph conventions and chop-sockying through direct-to-video obscurities, the 65-year-old Italian Stallion is still a box office draw, with two films scheduled for release this year alone.

In this countdown to The Expendables 2 (opening August 17), we will lovingly (well, at least affectionately) look back at the Stallone filmography. From the grit and spunk of Rocky to the right-wing fervor of Rambo: First Blood Part 2; from early curios like Party at Kitty and Stud’s to late-career triumphs like Rocky Balboa; from the highs of Copland to the lows of Stop! Or My Mom Will Shoot, all will be placed in proper context.

A few ground rules: I will be skipping most of Stallone’s early bit parts (there isn’t much to glean from his work as “Discotheque Patron” in Klute), and picking and choosing from supporting roles, cameos, and voiceovers (please, god, don’t make me see Zookeeper again). And also, I really don’t feel like watching Assassins, Lock Up, or Daylight. Sue me.

With all that in mind, come along through the wilds of Thailand to the grime of midtown West, from the lawless third millennium to the humble gyms of Philly. Let’s go back to Vietnam and win this time! Let’s beat Drago – first for Apollo, then for America! Let’s find Alan Smithee and tell him not to burn the negative! Let’s tell those goddamn spy kids that it’s finally game over! And remember, this ain’t a journey for the weak of heart – what you call hell, Sylvester Stallone calls home!

From Ivan Drago to Apollo Creed, our man Sly has faced many a fearsome screen adversary, but early in his career, none was more imposing to the struggling New Yorker actor than Woody Allen. A one-minute appearance as a subway thug who intimidates Allen in Bananas (1971) was the first time many Americans saw the future Italian Stallion.

“I wanted two tough guys,” said Woody Allen to Stig Bjorkman in the book Woody Allen on Woody Allen. “And these two guys come. One is Sylvester Stallone and one is another. And I looked at them and said, ‘This is not what I want. These guys are not very dangerous-looking.’ But they said, ‘No, please, give us a chance! Let us change our costume, let us change our hair. Please!’ So I said OK.”

“It was a turning point in my life,” Stallone told Ain’t It Cool News about the experience. “He rejected me saying I was not ‘intimidating enough.’ I was about to fold my tent and go home, but then I thought ‘Okay Sly, this is one of those serious, life-altering crossroads.’ So, I psyched myself up, dirtied my face, messed up my hair, built up a head of steam, went back to the set, tapped him on the shoulder, locked eyes with him, and through a crooked, semi-snarling expression said ‘Do I intimidate you now, Pal?’ And lo and behold, the job was forthcoming.”

“I never forgot that, because my own lack of prescience would have done me in there, had they not showed me the correct way,” Allen told Bjorkman. “Now when you see that film playing in small towns, it says: Bananas, with Woody Allen and Sylvester Stallone”

To Bjorkman, Allen speculated that Bananas was Stallone’s first role. Not quite. A year earlier, after being kicked out of his apartment and spending four nights at New York’s Port Authority Bus Station, Stallone accepted $200 for two days’ work on The Party at Kitty and Stud’s (1970), a soft-core pornographic film in which, of course, he played “Stud.”

“It’s funny how you can readjust your morality for the sake of self-preservation,” he told Playboy in 1978. “What’s really ridiculous is to get in front of a camera in that situation and delude yourself into thinking you’re doing something artistic. I thought, Well, maybe this will be an art film. Brilliant. In a way, though, it was either do that movie or rob someone, because I was at the end — the very end — of my rope. Instead of doing something desperate, I worked two days for $200 and got myself out of the bus station.”

The films begins with Stud (Stallone) and his sex-crazed lover Kitty (Henrietta Holm) together in the shower, where they paw at each other’s flesh as Kitty’s voiceover narrates such profundities as, “I’m dropping soap so I can get closer to my favorite part of his body,” and “Stud’s body really turns me on!” This is followed by a lengthy sequence in which Stud flexes in front of the mirror for what seems like a decade. PAKAS is full of moments like these, where is seems to take the form of one of those Hou Hsiao-hsien films where everybody sits very quietly in front of a stationary camera for ten or fifteen minutes. Except in this movie, there’s disco music.

In these early sections, PAKAS actually does acquire a certain idiot-savant art-film ambience, if only accidentally. Putting aside Kitty’s uncanny resemblance to a particularly bored Antonioni protagonist, the film begins with a haunting shot of a mystery woman (Janet Banzet, a soft-core regular) in Central Park that fades into the opening credits. Later, Stud sees this woman again, as she exposes herself and quickly disappears. Stud seems shaken by this, and upon arriving home he has angry sex with Kitty. At one point she cuts her hand, and seductively licks it. Stud responds by violently having sex with her. Such inexplicable behavior inspires one to search desperately for some kind of deeper meaning.

But the naked mystery woman and Kitty and Stud’s psychosexual dynamic are dropped once the couple’s swingin’ friends arrive and the titular party begins. These pasty, lumpy, often hairy hedonists bump and grind each others’ crotches vaguely close to the correct places, while the vaguely disco-ish music drones on and one and on. After a while, it all becomes the sexual equivalent of staring at a fish tank. The debauchery ends with, I shit you not, a five-minute sequence in which the revelers play ring-around-the-rosy nude. And brother, if there’s one game that never benefits from being played nude, it’s ring-around-the-rosy.

The trailer featured excerpts from Stallone’s Playboy interview distancing himself from the sordid enterprise, and an introduction by porn queen Gail Palmer promising copious X-rated action. In truth, PAKAS is pretty tame stuff – a lot of Stallone ass, a lot of poorly simulated sex, and a few brief glimpses of little Cocky Balboa. Its production came at a crossroads: later in 1970, Mona: The Virgin Nymph would become the first feature-length, narrative hard-core pornographic film, and by 1978, films like PAKAS were an anachronism. For years, rumors circulated that hardcore scenes had been shot but cut, but when a hardcore version finally surfaced in 2007, the penetration scenes were insert shots featuring other actors. 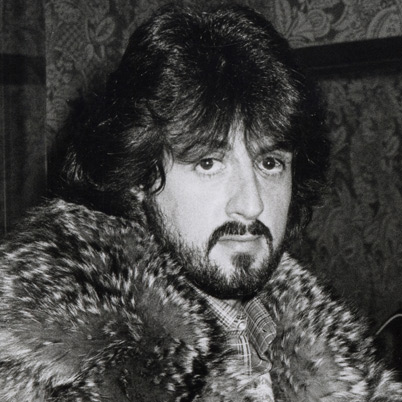 Are Bananas and The Party at Kitty and Stud’s essential viewing? Maybe only for the Stallone completist, but they do set up a certain proto-Stallone persona – a big, intimidating, sexually potent slab of man – that would become the basis for much of his later work. Next week, with Lords of Flatbush and Death Race 2000, we’ll see this proto-Stallone further refined and articulated.

Post script: 13 years after Bananas, Stallone was Allen’s first choice to play the washed-up lounge singer eventually played by Nick Apollo Fore in Broadway Danny Rose. The two did work together, in a fashion, as voices in DreamWorks Animation’s Antz.