At once psychologically complex and viscerally terrifying, The Witch is a horror movie with ideas on its mind and blood in its mouth. First time writer/director Robert Eggers immediately announces with a tremendously accomplished film that just happens to be pants-fillingly terrifying. It dabbles in the era of the Salem Witch Trial insanity and toys with the terror found in that hysteria, while also literalizing the supernatural fears fostered in that age. It’s elegant and nasty, arty and intense. A horror film that demands to be taken seriously and delivers on those promises, The Witch already feels like it’ll be around and discussed for quite sometime, even if it’s only just been released.

Set in 1630s New England, this folk horror tale kicks off with a family forced out of a Puritan village because they were a little too religious for the community (not exactly a good sign). The father, played by Ralph Ineson (aka Finchy from The Office in a role that couldn’t be further from Finchy) moves his family to a small cabin on the edge of some particularly foreboding woods. Shortly after they arrive, the infant member of the clan is kidnapped by what can only be described as a withered old hag who promptly sacrifices the child by a fire. Back in the cabin, tensions flare up, paranoia broods, and crops fail.

Aside from endless chopping wood, Ineson can’t seem to do anything right and is constantly reminded of that by his wife (Kate Dickie) who is on the verge of collapse. The eldest daughter (Anya Taylor-Joy) holds together the strongest under the harsh conditions. Well, that is until some harmless joking about witchcraft prompts everyone to point fingers. Her brother (the delightfully named Harvey Scrimshaw) is sprouting into puberty and finds himself feeling funny feelings about his sister (and even funnier ones about the mysterious maven who beckons him into the woods). Meanwhile the youngest twin siblings (Ellie Grainger and Lucas Dawson) keep giggling and chatting to the family goat in a manner that is anything but pleasant.

From it’s opening moments, The Witch drips in an atmosphere of dread that never wavers. Eggers and his cinematographer Jarin Blaschke linger on musty, frozen, and foreboding images that bring even the quietest moments a sense of impending doom. As a work of pure atmosphere and sustained tension, the film is a remarkable achievement. It’s a shock to the system when the infant attack occurs barely a few minutes into the film. That sequence is a particularly rough watch, but one done with purpose since Eggers then focuses on the claustrophobic fears and paranoias of the family for quite a while. It speaks a great deal to the skills of the uniformly excellent cast that he’s able to generate just as much tension from the domestic panic as his supernatural horror show. Viewers may even start to question whether the opening sequence was real or actually a nightmarish fantasy and that’s all part of the plan.

The Witch was meticulously researched and is filled in period detail. Dialogue is florid and stylized (often pulled from court transcripts of the era to ensure accuracy). It takes time for the ear to adjust, but thankfully the actors (even the youngsters) find the emotional core and ensure the dialogue is never a chore. The performances, especially from first timer Anya Taylor-Joy, Ralph Ineson, and Kate Dickie are incendiary. The satanic panic in play is horrifying and teases out themes of the misogynistic fears embedded in the American witch trials rather vividly. Then once Eggers has endeared viewers to his characters and created their own dreaded parlour games, the supernatural sneaks in to devour the story. This martial is also period-specific and carefully curated from the folklore and fears of the era. It’s witchcraft robbed of any sense of playful magic and witches presented without a lick of cartoonish charm. The movie is a filthy, nasty, and intense dive into a world of black magic that pulls no punches and will leave audiences devastated. All backed by a hauntingly dissonant score that leaves little breathing room.

The Witch is one of those rare horror outings pitched halfway between gruelling genre thrills and heady human drama that manages to satisfy both elements without sacrificing the other. It’s not an easy film, filled with long difficult discussions that might wear out some of the horror crowd as well graphic imagery that will push those without much tolerance for the genre over the edge. Yet, for that specific audience who likes their art and scares intertwined, it’s one of the best genre outings to emerge in far too many years. For a film this ambitious and accomplished to burst out of a first time filmmaker is rather special. With his debut, Robert Eggers has proven himself to be one of the best horror directors working today. It’ll be a tough act to follow, yet given how incredibly difficult it must have been to pull off The Witch, it’s safe to say that Eggers is up to the task. 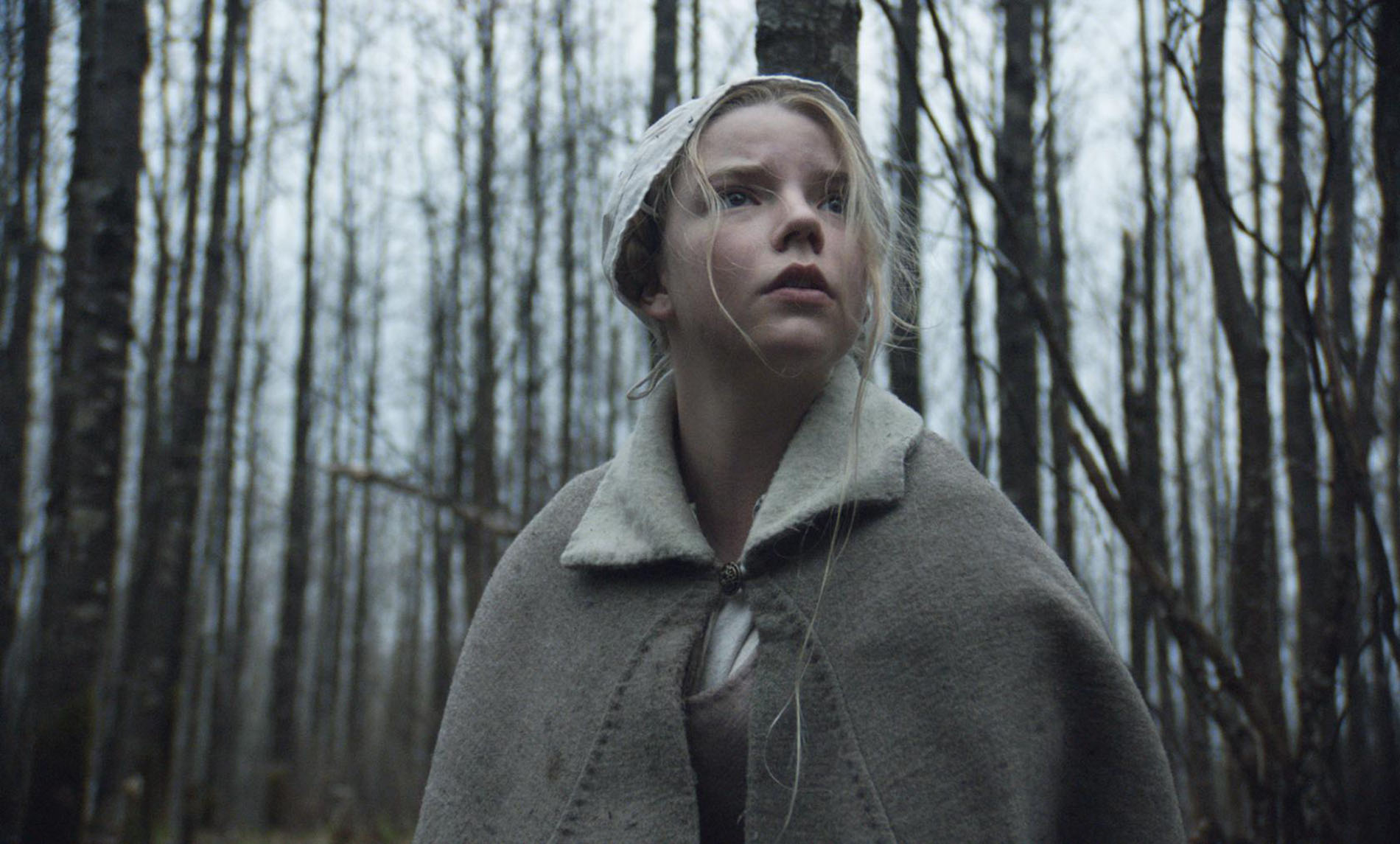 Unsurprisingly given the hype that’s been swirling around The Witch for over a year now, the film has been treated with class and respect on Blu-ray. The transfer is an absolute stunner. Granted, the visuals are deliberately subdued with a color scheme primarily kept to blues and greys. So there’s only so much HD vibrancy (however, the few scenes deliberately designed to break the colour code do really pop as a result). For the most part, the transfer succeeds on depth, clarity, and deep inky blacks that slither under the skin and is a definite stunner in HD. The audio is just as elegantly handled, filled with rich layers of atmospheric sounds effects and a rivetingly dissonant score that fills out all the channels nicely. In particular, the way deep bass and cracking effects make quiet moments foreboding should really deliver the goods on any surround set up.

The special feature section is limited, but that’s fairly common for an indie effort of this sort and what is included is at least strong. There’s an 8-minute EPK (electronic press kit) featurette that does what it’s supposed to do and at least features better than average interviews for that sort of thing given the subject matter. Even better is a 27-minute Q&A with Robert Eggers and Anya Taylor-Joy at a special Salem screening that’s as animated and intensive as you’d expect for what must have been an excellent event. A design gallery is available for any budding art designers to peruse and appreciate the artistry in silence. Finally Eggers delivers a detailed commentary track delving into nearly everything that you could possibly want to know about the film while still leaving some important secrets open ended. The guy is clearly passionate and did his research, so he’s got plenty to say with no irritating gaps or silences.

It’s undeniably a strong Blu-ray release for a brilliant historical horror yarn and even if some folks feel cheated in the special features department, well at least that leaves an air of mystery around a movie that probes many troubling questions and asks the audience to provide the answers.

Win your own copy of The Witch on Blu-ray by entering our contest!