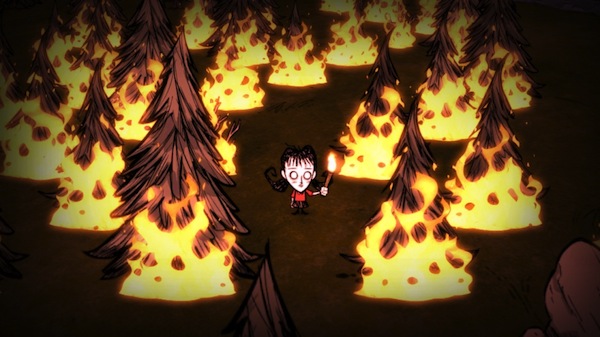 Remember when consoles used to ship with cartridges?

I do. It was kind of nice to know that I’d have something to do when I opened the box in the living room. Now the PlayStation 4 is packaged with a month’s subscription to PlayStation Plus and $10 worth of PlayStation Network money, which is appreciated even if a code printed on folded blue paper lacks the immediate sensory appeal of plastic.

Beyond the expected release from boredom, the cartridge was a tangible manifestation of progress. The foreign contours of new games and controllers hinted at the ways this generation would be different from the one before.

These days, technological advancement is a bit more esoteric. I acquired a PS4 in December, opened it in January, and then left it to gather dust until February. It’s been holding down my floorboards ever since I brought it home. The only game in my collection is Don’t Starve, a port of a previously released PC title that’s available for free with a PS Plus subscription.

Somehow, that seems noteworthy. Don’t Starve is a clever roguelike, but it doesn’t push the processor or maximize the hardware. It’s just fun. That’s enough for me but – more interestingly – that also seems to be enough for Sony.

What’s most striking about the new console generation is how much it feels like the old one. I’ve spent most of 2014 catching up on games I missed in 2013, many of which were acquired for free. Recent PS3 downloads include DmC: Devil May Cry and Brothers, and adding Don’t Starve was similarly a matter of convenience.

That pattern is reflective of my gaming habits for the past few years, and it’s likely to continue as long as PS Plus exists in its current form. In that light, it’s telling that the PS4 ships with online passes rather than physical product because that’s the narrative Sony is pushing. Video games have officially become a service economy, where access and connectivity are more valuable commodities than a Blu-Ray disc.

I don’t think that’s a bad thing, but I am a little surprised that we’ve made it here already. High-impact day one releases used to be crucial because the boxed product offered a singular chance to make an impression. Classics like Sonic the Hedgehog and Super Mario 64 were statement games that existed partly to convince you that your purchase was not misguided.

The few PS4 titles that could fit the bill don’t ship with the console and many – like Assassin’s Creed IV – are also available for the PS3, which sort of diminishes the ‘new car’ sheen. Nothing currently on offer could accurately be called a system seller.

That hasn’t deterred Microsoft or Sony or their respective fans, and while Microsoft has Titanfall on the horizon, Sony is essentially all-in with PlayStation Plus. At the moment, there’s not much beyond Don’t Starve. I’ve been thinking about downloading Outlast, until I remember that I’m a coward and bad things will happen if I do. There’s also something called Warframe, a title not nearly enticing enough for me to jeopardize my monthly bandwidth cap. 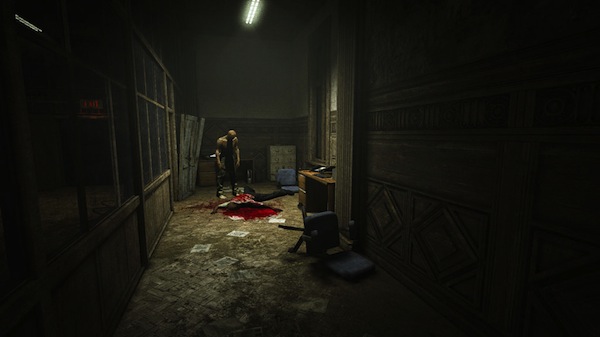 But while I might not play any of those games, I find that I’m still happy with the new generation because for the first time the games will be coming to me. That’s the difference between 1992 and 2014. In a material world, Nintendo had to include Mario because you would have gone home with a brick without it. Once you were done with that first cartridge, you had to make a point of saving up to buy another.

Meanwhile, my PS Plus subscription is already taken care of. I don’t know what I’ll be playing, but I’m guaranteed access to new games for the next year, and that’s a surprisingly liberating piece of information when faced with the necessities of adult spending. My first next-generation game is a low-budget independent title from a small Canadian studio about a man starving to death in a vast and hostile wilderness, and that’s okay because there will be more, each offered without any of the typical risk and buyer’s remorse that can often accompany new experiences.

Consoles used to ship with cartridges, but I think this might be better. Don’t Starve is a great game. If it’s representative of the future of the medium, here’s hoping the next generation lives up to expectations.