Thought Bubble: Why I'll Always Be #TeamCap - That Shelf Skip to main content

A few months back – shortly after the first trailer for Captain America: Civil War but long before last week’s sublime second one – I was having a conversation with a friend and trying to explain why I am so staunchly #TeamCap in any and all endeavors. It proved to be more difficult than I expected.

The challenge stemmed from the movie’s choice of metaphor. To my friend – someone familiar with comics but not immersed in them – the first Civil War trailer paralleled the current US debate around gun control, which is the most obvious real-world analogue to the superhero registration efforts that will take place in the film. With that in mind, he was inclined to lean #TeamStark because we do, in fact, expect the government to regulate objects like weapons and vehicles that could be dangerous if used irresponsibly. I had trouble mounting a good counterargument largely because I agreed with his analysis.

It was helpful reminder about the dangers of taking things for granted. With the first trailer, I was #TeamCap because I’m always #TeamCap, and I know that he almost always sees the humanity and the nuance that other characters overlook due to fear. I was confident that the movie would reflect Captain America’s status as the moral arbiter of the Marvel Universe.

But that’s not necessarily reflected in the material that makes it to the screen, and my perception was likely clouded by my familiarity with the comic. In the original Civil War, the stakes were clearer thanks to the presence of mutants, a massive body of civilians born with naturally occurring superpowers. Registration was both impractical and a sweeping violation of civil liberties for thousands (if not millions) of American citizens.

So far, the Marvel Cinematic Universe does not have the same scope. Without the X-Men (currently galavanting over at Fox), the MCU has only a few dozen combined superheroes and supervillains. If you’re trying to guarantee various freedoms – most notably the freedom of regular people to not become collateral damage – it makes more sense to place checks on an incredibly small number of exceptional individuals than it does to let the Incredible Hulk roam without a chaperone.

Unfortunately, the first trailer aligns Captain America with personal concerns rather than the greater good. It looks as if Steve Rogers is fighting to protect Bucky, selfishly placing one relationship over the safety of the millions of people that he’s sworn to protect. That’s an understandable sticking point for new fans. Captain America can be perceived as a walking flag, a breathing embodiment a country with a thorny and self-righteous imperial history. I believe that he’s the good guy – that he’ll fight against the US government when it goes astray – but saying that doesn’t make it true. The movies have to demonstrate it, to offer evidence that Captain America will fight for justice regardless of the circumstance.

Thankfully, the second trailer finally showed me the movie I was expecting to see, and reminded me why I love Cap so much in the first place. Despite his moniker, Captain America has never placed arbitrary national boundaries above the more inclusive humanity he represents.

More importantly, he understands that a government does not deserve to be trusted simply because it’s a government, a point that has been made repeatedly in previous Captain America movies. The product of a US super soldier program in The First Avenger, Steve Rogers spent his formative years fighting against the Nazis during World War II only to join the modern era and learn that the same Hydra rot had infected every level of the nation he once represented. Cap watched as S.H.I.E.L.D. leveraged its authority as an officially sanctioned watchdog organization to attempt genocide in The Winter Soldier, reaffirming the idea that institutions are vulnerable to corruption and prone to aggressive displays of power. They need to be kept in check just as much as any hero.

Those are the stakes during the buildup to Civil War. Captain America has seen firsthand how things can go wrong when too much power is centralized in the hands of people who do not have to answer to the public. Though imperfect, Steve Rogers is at least aware that he must justify his actions to the people he serves, and public-facing superheroes will always have to deal with that element of public relations and quasi-celebrity. Captain America consciously chooses to embody an almost impossibly utopian ideal, to represent the things that the rest of us wish we had the courage to stand for.

That’s why he’d fight against the US government if something seems awry, and that’s also what makes him such a remarkable superhero. Civil War (hopefully) demonstrates that doing the right thing often has consequences, and that Captain America stands apart because he voluntarily accepts those consequences. He’s willing to sacrifice everything – body and reputation – to do what he believes is right, and he lives up to that promise when he’s beaten and bloodied and still finds the courage to say, “I can do this all day” to yet another bully. 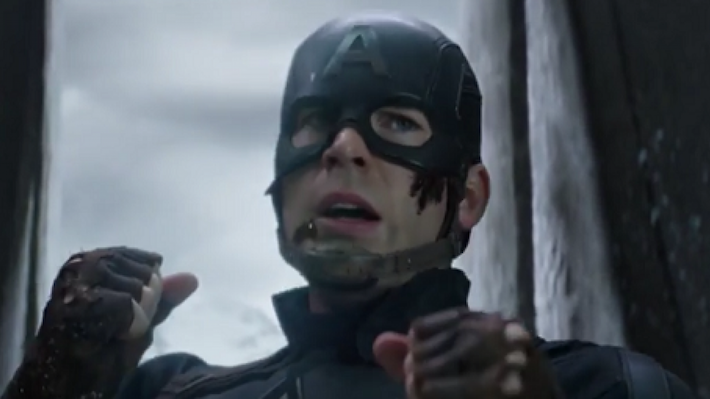 In both the Civil War comics and the movie, the government tries to pass legislation because it’s simple, an easy solution designed to ease people’s fears about a world grappling with new and unprecedented threats. It’s comforting to think that one law can make everything better, and ordinary citizens do deserve to be assured of a certain level of security when superhero conflict has a way of spilling over into civilian areas. Civil War will be more compelling because Tony Stark is an antagonist with a valid point who speaks to real concerns in the community.

However, expedient solutions are rarely the best solutions when large groups of people are involved. The freedoms that laws like a superhero registration act (or, for a real world analogue, like the Patriot Act) expect us to give up are often not things we can afford to give up, and that’s what Captain America is standing for with his resistance in Civil War. It’s his way of acknowledging that such issues are complicated, which is exactly why we can’t allow ourselves to settle for the laziest resolution. He’s inspiring because he suggests that liberty is always worth defending, especially when it’s difficult.