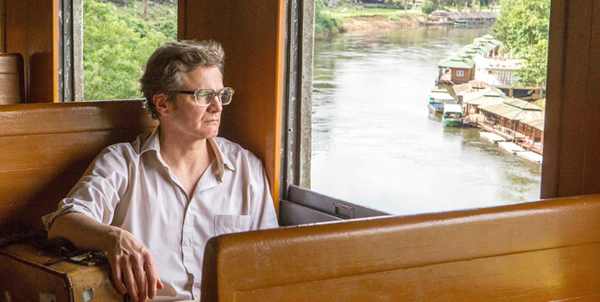 The Railway Man is the true story of Eric Lomax (Colin Firth), a British soldier captured during World War II who endured some of the most horribly gruelling conditions imaginable as a forced labourer on the Thailand Death Railway, and how confronts his demons years later when he learns that his tormentor from the war is still alive.

The pacing in the first act is challenging at the best of times, starting off awkwardly as a period romance, but this drama manages to shine once it gets to the meat of the story.  Teplitsky shoots immaculately, as locations from the English countryside to the sweaty jungle of Thailand all look gorgeous or harrowing as the situation calls for it.  However, with material as rich as this, this is a situation where compelling character work is so key and thankfully he has it in spades.

The always brilliant Firth comes through yet again as the tender yet brave hero, broken by the horrors of war and searching for healing. Nicole Kidman offers up a unique strength watching him deal with this pain.

If you can get past the somewhat awkward and slightly out of place first act, The Railway Man is worth it as compelling drama that maintains a distinctly personal edge. (Dave Voigt)