In fourth and final program of the Wavelengths short films series, entitled Night Noon, we enter the psyche and delve deep into the human experience.

We begin with Malena Szlam’s Lunar Almanac, a four minute piece compiled together from still photographs of the moon over various nights. The moon becomes moons as the photographs are overlain, and they reverberate back and forth. The result is an eerie, yet dreamlike look at a subject we tend to take for granted.

In Deep Sleep by Basma Alsharif, the viewer is taken on a journey from Greece to Malta to the Gaza Strip. Alsharif was self-hypnotized during the filming, adding a creepy, suspenseful, dreamlike air to the film. We are removed from all time and space and instead enter another plane where these are conflated. Her technique is commendable, and it’s certainly unique. 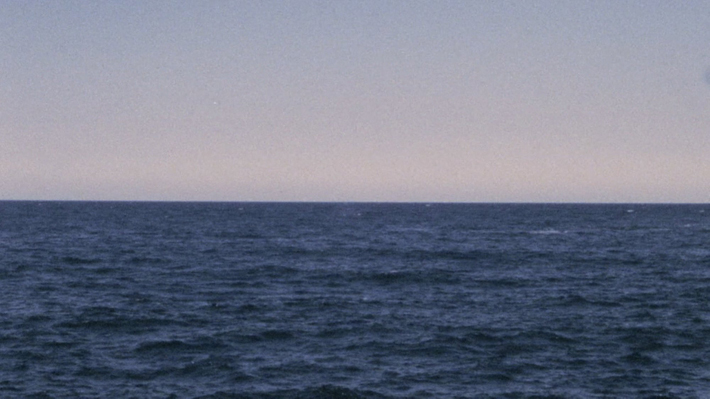 Next is Anna Marziano’s film Orizzonti, Orizzonti. Over scenes of a placid seascape, she plays clips of interviews with marginalized peoples from the Apulia region of Italy. The film tackles issues of mental illness, poverty and self-loathing. While the method in which she has chosen to present her clips seems a bit strange, their impact on the whole is nonetheless interesting and significant.

Mich’ael Zupraner takes us to Hebron in the West Bank in his piece The Policeman’s House. With three shots in each frame, Zupraner demonstrates the suspicion he is regarded with by both the Israelis and the Palestinians in his community, due to his filmmaking. He does not openly declare his allegiances, and this makes him a threat. It’s an interesting take on the conflict, but this is well-trod territory, and ultimately, the film is forgettable among the larger canon of films on the subject.

Shambhavi Kaul’s Night Noon follows a dog and a parrot during a day in the desert and at the beach. It is filled with dread and ominous shadow play. While the plaintive motions of the water and the quiet solitude of the desert are hauntingly beautiful, the choice of actors added a level of comedy I wasn’t prepared for, and was unsure of how it befit the tone.

The program concludes with The Sea of Vapors by Sylvia Schedelbauer. She displays scenes that flicker and surround the focal point, just out of reach, as we have the sensation of tunnelling through the images. Her subject is the natural world- animals, human birth, plants and flowers, interspersed with clips of a woman in her home. The pulsating music is ominous, but the natural images it overlays are familiar and warm. In terms of atmosphere, beauty and experience, it’s the high point of this series. (Cameron Bryant)