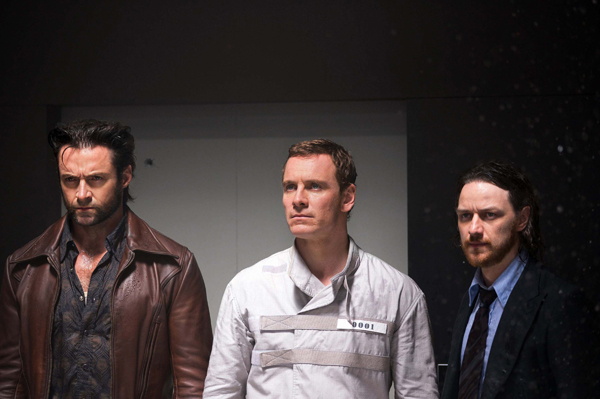 Somewhere between a natural continuation of the story arc kicked off by the previous “proper” entry of a franchise and a complete and total retconning of the same lies X-Men: Days of Future Past. It’s a stronger film than its immediate and proper predecessor (First Class), but by thanks to some time travelling and convenient plotting, it essentially undoes most of the plot elements that didn’t work the last time out. I have to give credit where credit is due: whenever fans realize than an X-Men film went wrong, the producers and filmmakers involved have been very quick to rectify said problems by the time the next film rolled around. They might make some new problems in the process, but Days of Future Past manages to be streamlined enough to give the entire series a great new life, multiple coherent directions to go in, and it does it all without feeling as overstuffed as most comic book franchises feel they have to be. When I say this, I am looking directly at the most recent Spider-man clusterfuck.

The film kicks off in a dark, hopeless future. A small band of mutants, including a reunited Magneto (Ian McKellen) and Professor Xavier (Patrick Stewart), have been fighting a losing war against an army of robotic sentinels: unfeeling, malleable killing machines designed to wipe all mutants off the face of the planet while being impervious to any and all mutant powers and abilities. The survivors are down to their last ditch effort to save their race. With the help of Kitty Pryde (Ellen Page), who has the ability to send people back in time, they agree to send one of their own back to stop the assassination of a major defense contractor (Peter Dinklage) who was murdered by Mystique (Jennifer Lawrence) just after the Fall of Saigon, an event that would lead to the current, dire state of the world. Because of the physically and mentally dangerous nature of the mission, only Logan/Wolverine (Hugh Jackman) can be sent back in time that far. His mission: keep his patience in check as he’s forced to reunite young Charles Xavier (James McAvoy) and Erik Lehnsherr (Michael Fassbender) and ask them to work together again to track down and stop Mystique.

With Bryan Singer returning to the series he helped to create for the first time as a director since X2, Days of Future Past takes on a distinct feeling of controlled chaos. Clearly more enamoured with the film’s period piece elements that actually make the film at times look uncannily like American Hustle (which makes sense given Lawrence’s beefed up role here), the timey-wimey mumbo jumbo wisely doesn’t get dwelled on for too long. It’s also for the best since everything that happens in the future is so darkly dull and bleak that it doesn’t register as much. The film picks up mid-genocide, ditching anything that happened in X3 or Wolverine: Origins for the most part. It’s a little jarring at first and the sentinels comes across like they just came straight out of The Matrix. Also, no one is really given anything to do in the future except for Patrick Stewart who gets one pretty decent scene against a vision of his younger self. Not even McKellen or Page (who really just plays her character from Inception with magic powers and an on the job promotion) can really do anything much here. So those hoping that Storm (Halle Berry), Iceman (Shawn Ashmore), Bishop (Omar Sy), Colossus (Daniel Cudmore), or anyone else confined to this section for brief seconds of screentime would have anything of substance to do will probably walk away disappointed.

I assure you that disappointment will lift considerably thanks to the great part of the storyline that actually matters. Taking more of an ensemble approach rather than simply placing Logan front and centre to figure everything out (although Jackman is as charming and gruff as ever in the role), the story allows everyone else to be built up equally. With the exception of the chief villain who’s just an outright bigot with little discernible motivation, everyone else from First Class that carried over gets plenty of material to work with, and that’s great for two reasons. First, it feels like a logical continuation of First Class that strengthens the relationships of those characters. Second, it helps to create a stronger foundation for those characters should the franchise decide to continue on with the old cast instead of the newbies.

There isn’t a ton of growth for Fassbender’s young Magneto, but he has appropriately hardened Erik to the plight of the human world. McAvoy gets the showiest role in the film thanks to Charles essentially being a junkie asshole who has lost his powers so he can keep on walking. Watching the once and future leader of the X-Men act like a petulant brat is just as exciting as watching young Magneto slowly lose touch with humanity in the previous film. McAvoy is put into stark contrast by the kindly Hank McCoy, a.k.a. Beast, played by Nicholas Hoult. Hank has essentially become Charles’ enabler and butler, yet Hoult also manages to bring out a shell-shocked and human side to the character that shows a considerable amount of promise for the character in future entries should they decide to keep using him.

As for Lawrence, she benefits from having the most obviously bulked up part, and she seems to be relishing the chance to play a badass assassin with a repository of one liners and the ability to knock people out by crushing larynxes with her feet. At times she feels like she’s from a completely different film, but it oddly works to the film’s advantage to turn her into an almost otherworldly object that the plot hinges around.

But the real scene stealers here are Dinklage’s taciturn and business-like bad guy and Evan Peters’ Quicksilver. Dinklage has cornered the market as of late between this and Game of Thrones on roles of authority figures that no one would ever dream of messing with. His capacity for playing a brainy evildoer is becoming unparalleled. As for Peters’ fast moving, fast talking kleptomaniac, he’s sure to get the biggest ovations from the audience because he’s given the best set piece of the entire film when Charles and Logan have to break Erik out of the most high security holding cell ever created.

On a visual level, once again Singer seems more at home shooting the more interesting period elements (including some cleverly photographed action that’s shot like an 8mm home movie) than he is all the futuristic stuff. It’s kind of a bummer that the film’s bigger sci-fi element feels as tossed off as it does, but it all comes together nicely in the end, and in the best trick of all, it comes together in a logical and crowd pleasing fashion by the time all is said and done (although there will undoubtedly be a few people angered by some of the things that time travel manages to undo). It’s not overstuffed, it does what it has to, and it plays to everyone’s strengths quite nicely. Let’s hope this continues to be a great starting point for not one, but two potentially new franchise directions.