There’s something about the piano that’s inherently creepy. Maybe it’s the dark, enclosed space that the sounds emanate from in the behemoth instrument or how even the slightest out of tune note can conjure up strange feelings and bad vibes. And a playing the piano alone, in an isolated house, with no means to contact the outside world? We could never.

The latter is essentially the plot of Amber’s Descent, a supernatural thriller where a piano and its player are a central character. Supernatural‘s Kayla Stanton plays Amber Waltz, a musically named pianist with a troubled past who retreats to a rural farmhouse to work on her latest project. But she’s not alone with her music. Soon a local handyman (Michael Mitton) with knowledge of the old house and some uninvited guests transpose her creative retreat into a deadly concerto.

Kayla Stanton stars as Amber Waltz, a gifted pianist with a disturbing past who retreats to an isolated country house with hopes of completing her latest symphony. There she meets Jim (Michael Mitton), a handyman she hires who takes an unusual interest in helping her look after the house.

As her work progresses, Amber starts to hear strange noises – humming and whispers beckoning her – leading her to believe the house is haunted. A ghostly figure appears at her piano and Amber decides to dig deeper into the history of the house and its previous occupants.

When notes appear to write themselves on the pages of her music sheets, Amber finds herself surrounded by the dark mysteries of the house. She uncovers a deadly secret and begins her descent — the unraveling of her own sanity.

Amber’s Descent is available on major VOD platforms on May 4. 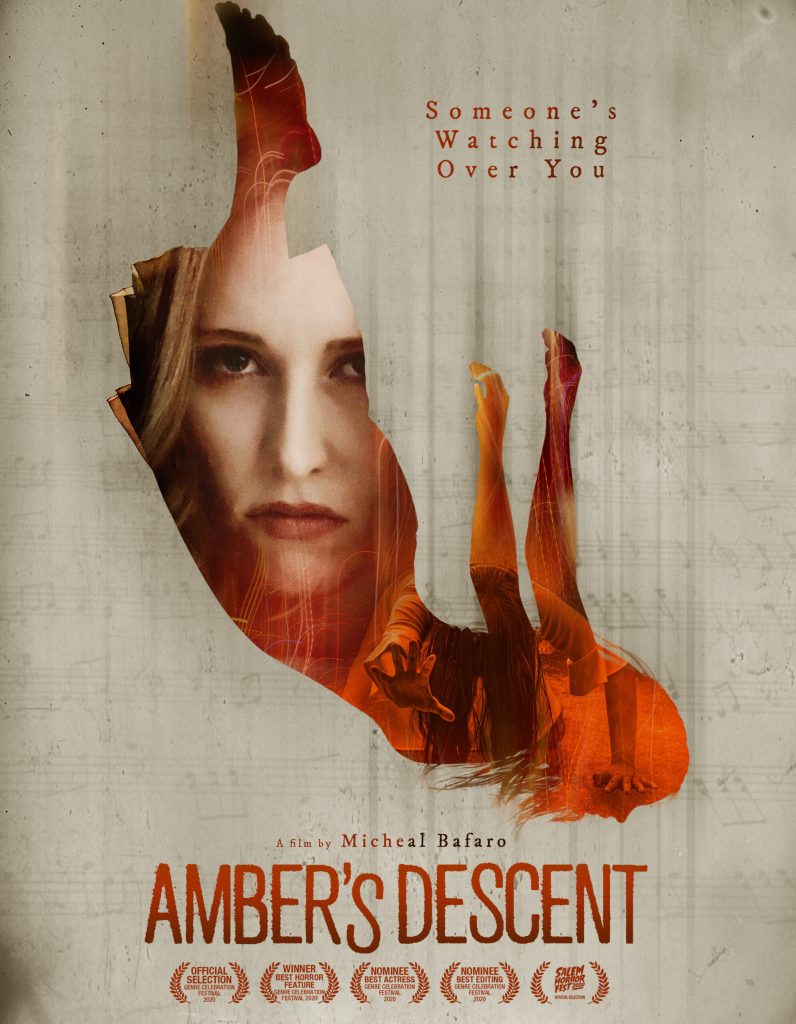