To the chagrin of most comic book geeks (and certain writers on this very site) I know basically very little about the vagaries of what has transpired over the decades on the printed page for iconic characters such as Superman and Batman. Save for the obvious (Metropolis/Gotham, Kryptonite/childhood trauma) most of the seemingly infinite permutations of these characters over many issues are a blur.

For me the reinvention of these characters has taken place on the big screen, going from Reeve’s dashing, romantic goof to the last two attempts at a reboot for Supe, while my vision of Batman as West was supplanted by Keaton and then Bale. Here we now have Batfleck, a hunched over, beaten down man full of middle-aged rage, and an ubermensch who’s at once lauded as a God by some and a destructive force by others.

I really, really didn’t like Snyder’s last kick at the Superman can, finding myself bored by the CGI mayhem and lamenting the waste of a perfectly good Michael Shannon. I remember watching Man of Steel and being taken out for a moment to reflect on the carnage (much the way I did during The Avengers, frankly). I can watch Autobots help destroy Chicago when battling Decepticons without regard for human life, but for some reason in the context of caped heroes I wasn’t able to suspend my disbelief.

It’s perhaps because of this I genuinely have a soft spot for Batman v Superman. There’s loads wrong with it, that’s for certain, but I genuinely find myself liking that it takes itself seriously without completely turning into a dour, predictable mess. I mean, it’s dour, and predictable, but rarely a mess, and I’ll leave that there as perhaps the most backhanded compliment I’ve ever given a film.
Regardless, I’m fascinated by the retroactive recontextualization of everything I hated about Man of Steel’s ending. I couldn’t give a damn about Thor and Iron Man having their battle in the woods while Loki watched, or some petulant Hulk sulk. Yet here, dare I say it, there’s philosophical ideas at play. The dialectic between vigilante and near-deity is fascinating, the very stuff that made Watchmen interesting even for a non-comic book guy. By placing the ending of Man of Steal within a 9/11-style apocalypse the screenwriters are using larger-than-life characters to explore deeply held issues about hero worship, the tyranny of power, the maddening lure of chaos, and the insanity wrought by power. 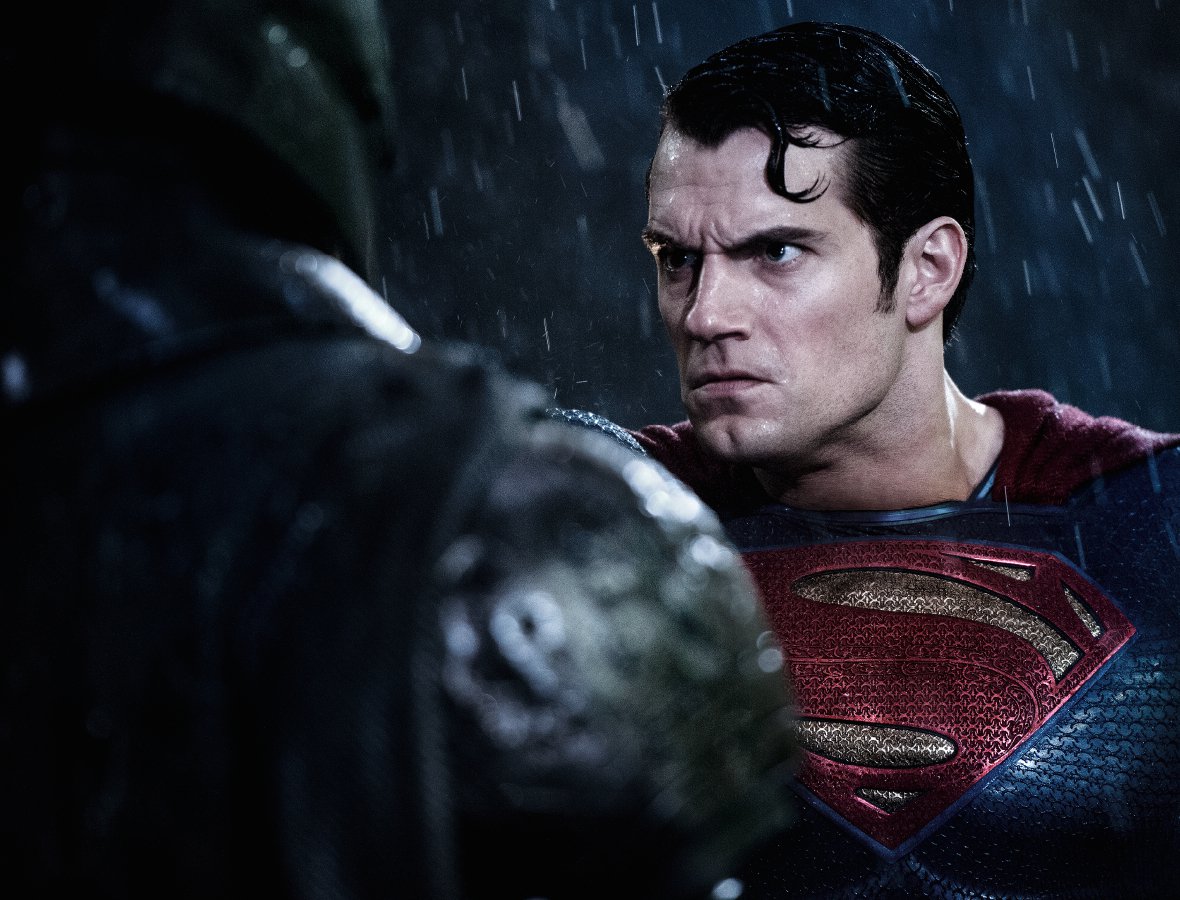 Now, stepping back from it all the story doesn’t particularly make a lot of sense, and I never really got what was pissing off Lex Luthor and pushing him to engage in a bit of anarchic troublemaking. But between the elegant slow motion shots, the classically-minded score (with a shout out to Eyes Wide Shut) and the surly confrontations, I found myself genuinely enjoying the proceedings. Whatever’s going on I felt for the most part the film was playing by its own rules, and while we’re again led to a blur of predictable pixel punching there’s a lot in between that’s quite captivating.

Amy Adams is rock solid as Lois, and I found myself rooting for Cavill in a way I did not last time out. Batfleck looks as crumbled and consumed as the ruins of Wayne Manor, and we take for granted that somehow his empire continues to lend him an ability to make such wonderful toys at a moment’s notice.

There are dream sequences that no doubt echo other lines of narrative that went over my head, including one sequence where a fascist Supe and his Stormtrooper-like goons (complete with armbands emblazoned with “S” logos) are battling a tenchcoated Batman and his own S.W.A.T. forces. It’s an allegory, sure, and a visual reference to a painting on Lex’s wall, but I know it also no doubt speaks to future things to be played out.

Point is, it doesn’t matter really what it means metatextually as within the film it’s effective without the baggage. We get it, we see the struggle between the man who equips himself against danger confronting the alien with unlimited, unchecked powers that are at the whim of his emotional control. Tying Nazi iconography to a Superman echoes Nietzsche as much as it will echo D.C. lore, and I’m totally fine with that. Meanwhile, the Stormtrooper reference I did get was a shoutout to “TK-421” on a prisoner’s patch, so my nerdiness comes out, just in a different idiom.

Snyder stumbles with some of the action scenes, and doesn’t quite know how to give the ships (the Batmobile and Batplane) enough visual flair, particularly after Nolan’s cinematic poetry on this front. Still, there’s plenty of splendour on screen, and for the most part it’s as glossy and energetic as you’d want from a mega-franchise builder.

Then there’s Gal Gadot, a bit of inspired casting as Wonder Woman who seems perfectly at ease keeping up with the other, bulkier brethren. We’re even treated to hints of what’s to come in the world building for the studio as they engage in their own arms race with Marvel’s megauniverse building.

This film was supposed to be the next Superman sequel, and instead I think we got something far more interesting thanks to the inclusion of the other characters. It’s a story that looks at the difficulty of worrying about the pain caused to those immortal, and a work that tries to both set its own agenda and echo what’s come before.

I can’t say I’m enthralled with Batman v Superman: Dawn of Justice, but I do think it’s a lot of fun if you let it be. Divorced from the pent-up expectations and narrative consistency it’s a film of ambition and at times wit. Like many flicks these days it’s doing plenty of heavy lifting in order to lay the foundation for future iterations, but as a singular work it remains effective. Finally, it pulls off a pretty sterling magic act, making the turd that is Man of Steel shinier retroactively.

It’s de rigueur to shit on Snyder, and I refuse to bury the man. I think for all its faults Batman v Superman is a film of a particular vision, and from its opening moments it’s clear this is the film Zack wanted to make. I admire the tenacity of it, I applaud the ambition, and where it fails it does so in an attempt to make things bigger and better for the story at hand. We’ll see if audiences flock the way the studio needs them to, but for this filmgoer I enjoyed my wild IMAX ride, was drawn in by some extraordinary moments and found myself forgiving those that seemed pedantic and unnecessary. Most of all, I did care for the characters and their jeopardy, something that’s too often lacking in this latest run of movie after movie with spandex-clad heroes.

In the end, we’ve got a guy who flies and shoots lasers out of his eyes and a billionaire orphan with a vigilante complex duking it out. It’s the stuff of adolescent dreams, yet by tying it to deeper archetypal stories and overt historical visual references Snyder and his team manage to make it feel Batman v Superman almost, dare I say it, adult. Kudos, kids, can’t wait to see what a mess you make of it from here.