Continuing on through Sunday, April 14th at The Royal in Toronto, the sixteenth annual CineFranco French language film festival brings some of the littler noticed and noted gems from around the world to local Francophiles. Last week we looked at several films from the first few days of the festival, and now here in brief are some cuts from the back half.

For more information, tickets, and a full list of films showing, please visit the CineFranco website. All films subtitled in English.

Sadly unseen in most of English speaking Canada, this legal drama hits all the standard “based on a true story beats”, but features an excellent leading performance from Marc Andre Grondin as a shy man arrested and put on trial for a rape he says he couldn’t have committed. There’s not much to differentiate this film thematically from the 80s legal thrillers the script seems to have derived from, but Grodin gives a dynamic performance, bridging the gap between unease and sympathy often within the same breath. Director Daniel Grou (a.k.a. Podz) brings a considerable amount of slow burning style to set this one ahead of the pack. 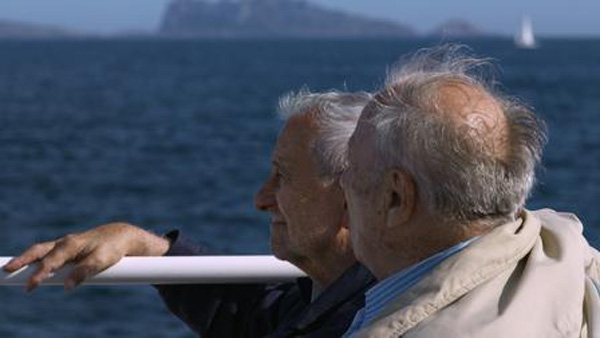 Les Invisibles (The Invisible Ones)

Director Sebastien Lifshitz’s raw and personal look at people from an older French generation finally being able to embrace their homosexuality openly is about as powerful and thoughtful as films on the subject come. Limiting music and archival looks back except when to add proper anthropological context, Lifshitz follows men, women, and couples born largely between World Wars I and II though their own personal histories. No two stories are the same, and it never quite cuts together perfectly, but the rough edges to this largely first-person form of storytelling gives the film some real, unforced emotional depth. It’s brimming with life, warmth, and melancholy in equal amount towards its subjects who had to remain silent until their sexuality was no longer classified as a mental illness in 1981.

It would be very easy and slightly appropriate to say that this French comedy from director Daniel Cohen is just Ratatouille with two men instead of man in a mouse, but the tone here is more in line with a 1950s screwball comedy, and those beats are hit more often than not thanks to a pair of winning leads. Comedian Michael Youn plays a younger hothead gastronomist who can’t hold a job down for more than a week thanks to his ego who’s given one last shot at redemption by an old school celebrity chef (veteran actor Jean Reno) that’s at a loss for inspiration and desperate to keep the investors of his latest venture from backing out. It’s a breezy, lightweight affair that won’t stick around long in the memory of the viewer, but between Youn’s believable braggadocio and Reno’s quiet dignity it’s a joy to watch them together even if the story isn’t particularly inspired.

Pitched somewhere between a domestic drama, a prison film, and a crowd pleasing dance movie, Tango Libre is definitely as all over the map as it sounds on paper. An emotionally closed off prison guard begins a relationship to a woman he meets during his tango lessons, only to discover that not only does she had a teenage son, but both her husband and her former lover are both inmates on his cell block. It leads to a bunch of mularky about the prisoners all learning to dance, but no two elements of this film really go together, which might be the point since we’re supposed to empathize mostly with our main character’s confusion, but there’s just way too much going on here despite some good performances. A highly illogical, patently ludicrous, unsubtle, and unearned conclusion really hit the final nail into this film’s coffin, losing any good will it might have worked up along the way.