The vibes coming out of California in the wake of E3 2015 are more positive than they’ve been in years. The major publishers unveiled an impressive slate of new and old IP that should appeal to a wide range of audiences, including Horizon: Zero Dawn, No Man’s Sky, Dishonored 2,  The Last Guardian, Mirror’s Edge Catalyst, Tacoma, and many more. Audiences responded accordingly when presented with such a fantastic lineup.

It’s almost as if your gaming audience will be more enthusiastic if you talk about actual games at your dedicated gaming press conference.

Isn’t it funny how that works out? 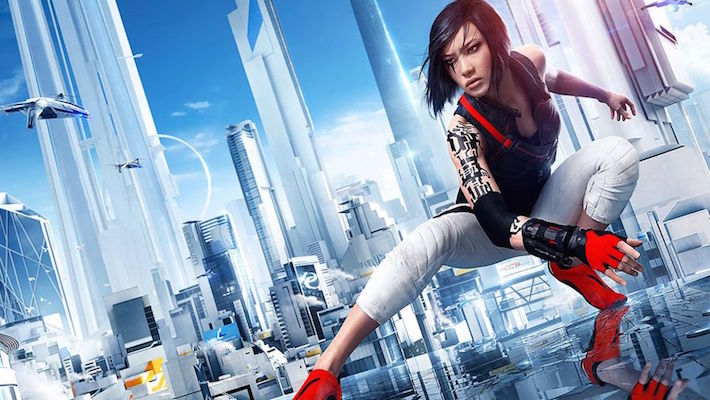 I’m obviously being flippant, but it seems like there’s a lesson there. In years past, E3 has seemed utterly disinterested in video games, which is a strange way to approach the world’s premiere gaming convention. Microsoft became the subject of derision when it spent its Xbox One reveal discussing TV integration rather than the gaming features that are ostensibly its entire reason for existing, and while that was technically pre-E3, it still told us a lot about what a company like Microsoft thinks we want to hear.

That’s the part that baffles me. While there are plenty of tech fetishists in gaming, that’s not the primary appeal of the medium. People become interested in gaming because they like playing games. It stands to reason that people want to hear about new games at a gaming press conference.

And yet, E3 has frequently not been able to deliver on that principle, often focusing on the white noise surrounding games to the exclusion of the games themselves. Hardware is supposed to be the conduit through which we access interactive experiences, not the end experience itself. That’s an important distinction, and it remains true regardless of platform. Without the apps, an iPhone is an oblong paperweight. Without quality games, a console is a hunk of plastic that handles Netflix slightly more efficiently than my computer.

If console manufacturers want to capture our imaginations, they have to show us what we’ll be able to do with all of the new toys they’re creating, like Microsoft did when it filtered the HoloLens through Minecraft to give viewers a tangible reason to look forward to the gadget. That’s the part that’s been missing in years past, and it’s also what made E3 2015 so much fun. I watched a series of gaming press conferences and left with a list of games I’d like to play. That’s all I ever want from an E3 presser.

That’s not to say that hardware discussions are unwelcome. To an extent they’re necessary, and they can open new horizons for interactivity. Video games have to be played on something, and press conferences are a good way to teach the public about the machines that will support their favorite franchises (again, see the HoloLens).

The point is that tech just isn’t all that interesting in isolation. Rather, technology is powerful because it has the ability to change the way we live our lives on a daily basis. Some inventions are more practical than others – the PS4 is no dishwasher – but a similar logic applies to games. We like software, but it’s hard to get excited until we know where it fits (or how it changes) our regular gaming routine. Is this game a newer, sleeker version of something we already understand? In the case of new tech, will it fundamentally change the way we experience interactive entertainment?

More often than not, the answer is no. PS4 games play a lot like PS2 games, albeit with better graphics and greater scope. 2015 was the best E3 in years because developers seemed to recognize that that subjective gaming experience is relatively constant. Instead of fighting against that, they opted to make the experience better with more diverse content, innovating aesthetically rather than technologically. If you play games, this year’s conference almost certainly had something tailored to your tastes.

That’s a sign of progress, and I only wish I could be confident that publishers would remember that lesson. Sadly, they’ll probably spend 2016 trying to sell us on the merits of Crysis on the Apple Watch. But that’s still another year away. I’m looking forward to the games I’ll play this year, and I’d say that’s a pretty good template moving forward.