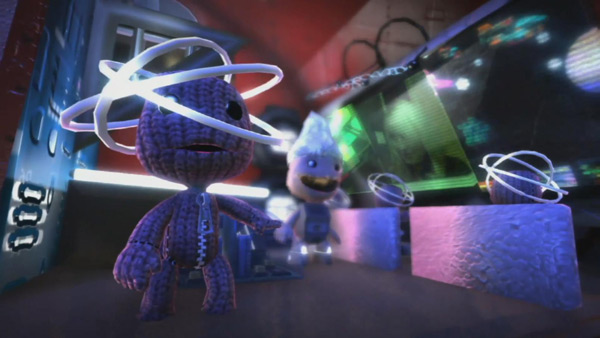 LittleBigPlanet and its ‘create, make, play’ attitude was a hard one to call back in 2008. We were certainly charmed by the game’s concept and definitely impressed by its aesthetics, yet as well crafted as the main campaign was, it was hard to ignore some floaty controls and fairly basic foundational problems with the platformer. Taken at face value, level making is hard to be thrilled about, but we learned. See, the reason why the game was so hard to call was because the majority of the quality user-made content would only reveal itself over a vast space of time. As days turned nights to months to years, we saw people taking the tools handed to them and not only using them to their fullest, but breaking them to see just how far this car could go – Even if it only meant re-creating R-Type or exploiting the game for trophies. LittleBigPlanet went from something charming that I could do without, to an unavoidable video game staple. A game I could constantly sit down with to discover and rediscover the weird and wonderful things people were creating in their seemingly infinite spare time. Now we’re exploring the second entry in the series, and its as curious as it is exciting. To gauge the game at launch requires a bit of foresight (and hindsight), but know this, LittleBigPlanet 2 is more than just a new batch of stickers and costumes.

For folks just looking for a story campaign to zip through, you should probably look elsewhere. Like the first game, there is a main campaign with plenty of cleverly built game mechanics. However, it feels shorter than the first one and above all things serves as a way to unlock materials and see the new features in action. There is a stronger presence of a story this time around, for those who enjoy that, but it’s more to sell you the new movie making and dramatic camera angle features than hook you on a light and fluffy expedition.

Okay, so the in-game game has taken a few steps back, but only because Media Molecule doesn’t have to impress us anymore. Let’s talk about what has been added, and to put that in perspective it’s hard to know where to start. If you do decide to start with the campaign mode, you’ll probably encounter the new gizmos and weapons that the precious little Sack folk will now be able to navigate their world with. There’s a grappling hook, which is my least favourite due to its clumsy controls, but will certainly up the ante on certain creator’s ambitions. There’s a power glove which, much like the one of Zelda fame, allows Sackboys and girls schlep objects in their felt mitts and either throw them at targets or, as suggested in Victoria Von Bathysphere’s candy coated world, use them to grind across rails in the foreground. There’s also the strange ‘Creationator’, which is a gun that fires whatever the creator pleases, be it fire, water, plasma, cakes or kittens. Players can now get behind the wheel of vehicles of any imaginable source, which, while may take the wind out of the sails for those who had to crunch out a solution for their Galaga tributes, will help cut to the chase for those who just want to lush up an imaginative kart track.

As for alterations to the world of the Sack people, I should mention you also now have full control over gravity. The movie mode lets you create narrative specific intros and outros to whatever gauntlet you lead players down, or even just standalone movies. Level linking means you don’t even need to worry about maxing out your content caps, and if you’ve run out of space before running out of ideas you can just have your unsuspecting players leap immediately into the next sequence. One of the most impressive features (and likely a feature that will be a long time before it is properly utilized by players) is the Artificial Intelligence. From friendly SackBots to hackneyed foes, AI means that any manner of things can find, follow and target you, so expect mechanical messes of hobbling enemies that pass as ‘obstacles’ to become a passing craze. Eventually.

Here’s the big problem, which is frankly unavoidable, but nevertheless disappointing. Much like the maturing process for previous great user-created content, you’ll probably have to sit on your hands for a while before you’ll be able to spend hours upon hours adventuring through quality levels. All the created content made in the last game has been imported to the sequl, with graphics slightly polished up and the like. However, those who have aggressively kept up in the last few years will feel glum that so much content is being reused. There’s a great new filtering system for community levels, which finally makes it easier to keep in touch with your personal choices, plus a menu to see Media Molecule’s own personal favourites for recommended good times. Making your own levels in LBP 2 is akin to the previous entry, though with so many new gimmicks and abilities, it would have been nice to have tutorials on not just how to use them but also how to implement them well.

LittleBigPlanet 2 doesn’t immediately feel like the heart warming fiesta that was the original, though, that’s really only because we’ve become so well acquainted with the first. With a focus on revolutionizing the creative tools over pre-created peacocked content, it’s pretty clear the focus for the sequel was those dedicated players patient enough to make their own worlds. While they became cramped for content in the past, jimmying  the mechanics to fit their needs, Media Molecule has made everything easier for hardcore players to work out their imagined masterpieces. For everyone else, it’s only a matter of time.