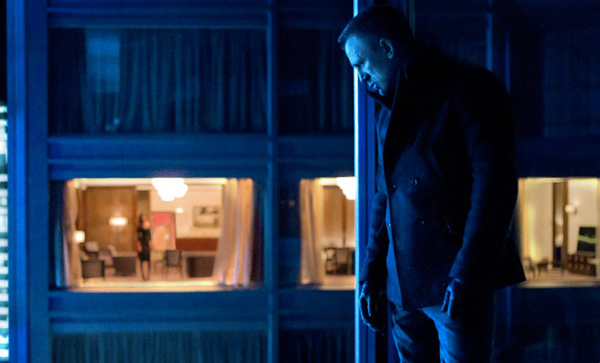 Skyfall opens in North America in large format theatres at 12:07am on Thursday, November 8th and on regular screens starting at 12:07am on Friday November 9th.

With the possible exception of Casino Royale, films in the James Bond franchise have traditionally never been among any critic’s best of the year lists. They can often be decently entertaining spy yarns and action films, but until the release of Sam Mendes’ take on 007 with Skyfall none had truly achieved as firm of a sense of greatness. Skyfall is one hell of a movie going experience, and next to the sheer iconography of Sean Connery in From Russia with Love (made before the character had any real sense of cliché and the entry that essentially solidified the formula for the series) it’s the best entry in the franchise without a shadow of a doubt.

There’s not much that we’re allowed to say about the plot since the film’s producers have kindly asked critics to keep most of what happens in the film under wraps, but to say too much would ruin the power of the film’s greatest surprises. What we can tell you is this:

Following a botched operation to retrieve a hard drive possessing the names of every embedded NATO operative running counter terrorism around the world and being presumed dead, James Bond (Daniel Craig) returns of his own accord to London’s MI-6 a shell of the man he used to be. He’s injured, slower, and slightly disillusioned, but still with a sense of duty towards M (Judi Dench) and his country as he agrees to get back in the game to take on the ruthless and sadistic Raoul Silva (Javier Bardem), a former secret agent himself turned cyber terrorist.

Following one of the most thrilling openings to a Bond film – involving a fight on every possible part of a train that manages to incorporate some unlikely heavy machinery and easily the most depressing and stunning opening title sequence of the franchise -Mendes proves to have the skills to lead this entry to greatness. Having previously never directed anything with this degree of spectacle to it, the filmmaker best known for American Beauty and Road to Perdition balances the new Bond’s sense of pathos and realism with good old fashioned escapism. He’s servicing the material in some of the most classical ways possible. Mendes knows he has to keep things as serious and as tense as ever following Craig’s two previous outings, but he also delivers the goods with a breathtaking sense of kineticism and pacing that make the film feel like a brisk 90 minutes instead of the 144 it really is.

There’s hardly any breathing room in Mendes’ film, and for once, that’s a positive. Every action within Skyfall beams with a sense of true urgency and human drama that no one else has captured in the series to date. Even though the story from the script (courtesy of old Bond hands Neal Purvis and Robert Wade working with John Logan of Hugo and Rango fame) cribs somewhat shamelessly from GoldenEye and License to Kill (the former of which gets cleverly reference throughout this film in terms of how ridiculous it was), Mendes constantly finds new ways to make things seem new and fresh. A lot of the film comes from interesting elements from previous films that simply didn’t work on their own, but are incorporated as parts of a much stronger whole here.

This entry’s only real detraction ends up becoming a positive by the end of the film. Much like Casino Royale and Quantum of Solace before it, Skyfall kind of stops caring about the main plot set-up towards the end in order to give way to yet another narrative of revenge instead of wrapping up a stand alone story. But this time the stakes are far greater and a lot more game-changing to the franchise as a whole. To say more would be getting into that nasty spoiler territory.

The real technical MVP here, however, has to be cinematographer Roger Deakins, the best living cameraman working today that still, astoundingly, hasn’t won an Oscar yet despite nine previous nominations. If he doesn’t win this year for his work here, there’s no hope for that category. A scene involving the observation of an assassin in a Shanghai office building should garner him that prize alone even over all of the flashier and bigger budgeted action sequences. It’s not only the best looking scene in any film this year, but it’s the best looking scene in Bond’s entire 50 year film career.

Craig delivers his best performance as Bond to date, which isn’t too surprising since he’s given a lot to work with. His Bond isn’t so much the cool player this time out or even necessarily the blunt force killing machine he was trained to be. The film dares to ask and follow through with questioning what would happen to this character at his lowest. At what point does Bond’s sense of duty and pride become a death wish? Even his motives for coming back are pretty suspect for most of the film until he begins to realize what he’s truly up against. Even the film’s action sequences are tailored to how banged up Bond is. They aren’t pretty very often, offering an actual sense of pain and anguish to the bombast around it.

Bond’s relationship to his long time boss M also gets strengthened thanks to an increased presence from Dench, and the push and pull between them gives the film some of its best moments, especially leading into the final act of the film. Additionally, Dench has a perfect foil and counterpart in Ralph Fiennes appearing as a defence department stooge who acts as the beleaguered intermediary between MI-6 and the Prime Minister. Also new to the MI-6 fray this time out is Ben Whishaw as the new weapons master, Q, who doesn’t specialize in gadgets so much this time out as he specializes in tactics and computer based attacks.

Also, despite brief flashes of sexuality, this entry eschews the sexualized double entendres and reveals of the past. Naomie Harris gets a great and playful scene with Craig as a fellow field agent, and Berenice Marlohe gets to play the sultry temptress, but neither is there simply as titillating fodder. Both have incredibly strong character arcs for Bond women, and together the two help to set a new standard for the franchise that will be interesting to keep track of moving forward.

As for Javier Bardem’s villain, there’s no pussyfooting around the fact that he’s easily the most chilling Bond villain ever. As a blonde haired, intriguingly sexualized funhouse mirror version of the man Bond could have easily become himself, Bardem speaks very matter of factly and with a great wit to advance his bitter agenda. Even when he’s trying to play coy or be funny, there’s never any doubt that the character means business and he means to inflict as much harm as possible. Despite not showing up in the film until about 45 minutes in, his presence is felt long before as a looming presence and his shadow is cast over everything that follows his stellar, slow paced reveal.

Everything about Skyfall is pretty much top to bottom wonderful. Unlike Quantum of Solace, the story isn’t kept static or necessarily even 100% tied to the events of Casino Royale. It’s easily the best megabudget film of the year, handily beating out those superhero movies of the summer that feel almost like gruel in comparison. That doesn’t take anything away from something like The Avengers or The Dark Knight Rises, both of which are great on their own terms. But unlike those, Skyfall is far more of an achievement in franchise building and actual filmmaking acumen. If you’re one of those movie goers that only sees the huge films, you owe it to yourself to see this one more than anything else you have sat through this year. Possibly most importantly, it will also appeal to fans and casual observers alike. There’s plenty of action, drama, humour, and genuine emotion here to spare, and in the end, isn’t that why we all go to the movies in the first place?