This week at The Bloor brings the dry Israeli history documentary The Prime Ministers: The Pioneers and the exceptional and heartbreaking Blood Brother.

We talk to Steve Hoover, the director of the documentary Blood Brother, about his relationship with his best friend has progressed as a result of filming him working with children suffering from AIDS and HIV in rural India, the two sides to his friend's personality, and the film’s gut punching opening sequence. 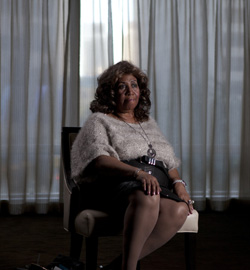