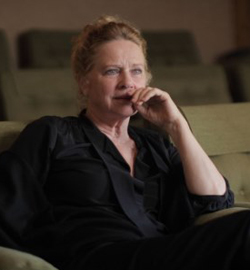 Only one new regular release film for the next two weeks at The Bloor (aside from the still great and sticking around Particle Fever): a lovely, frank, and deeply personal look at the relationship and friendship of two of cinema's greatest in Liv & Ingmar.

Due to our Film Editor being down for the count this week (tearing tendons in his foot and having the flu at the same time), there will sadly be a few reviews missing this week, including the Bloor Cinema column, but he did want to pass along these thoughts for the films he saw but couldn’t write about: I am Divine, Persistence of Vision, Gabrielle, and Ms. 45.

The week at The Bloor, an inside look at The Beatles rise and fall from told from the perspective of the secretary that was with them from the start in Good Ol' Freda and the haunting POW mystery of Unclaimed.

This week at The Bloor: A downright terrifying look at online privacy issues in Terms and Conditions May Apply and a heart wrenching look at the often derided and persecuted Roma people in A People Uncounted.

This week The Bloor has a pair of winners in the form of the inside-Hollywood documentary Casting By and the straight out of the Shaolin Temple Dragon Girls. Also a few words about a special screening for you wine connoisseurs out there.

Enter for a chance to win one of four pairs of run-of-engagement passes to see the documentary Free the Mind at the Bloor Hot Docs Cinema in Toronto (opening this Friday).

Given all of the anti-drug propaganda we’re forced to swallow on a daily basis, this bitter pill of a film demands to be seen. Even if you’re well versed in the facts and issues that Eugene Jarecki's The House I Live In trots out, the material is collected, organized, and presented in such a way that will tear your guts out and infuriate you all over again.

In the documentary Unfinished Spaces directors Alysa Nahmias and Benjamin Murray look at Cuba's unfinished and grand looking National Art Schools in a poignant way to depict the grey areas where politics, art, and commerce meet.

Late last month at a press day for the re-opening of The Bloor Cinema – now officially known as The Bloor Hot Docs Cinema, after the noted documentary festival that saved the building from being turned into another condo building – there was still some work left to be done. The concession stand had yet […]

Touching and insightful for fans of the world's most beloved red Muppet, Being Elmo: A Puppeteer's Journey will tickle the fancy of anyone wanting to know more about the title character, but the the documentary maddeningly hints at darker material unsuitable for such a lightweight production.

This Week in Dork is a weekly feature that attempts to encapsulate all the dorky events happening in and around Toronto every week. The February 27 - March 5 edition features an overblown awards ceremony with free popcorn, suicide bomber satire, South Korean horror and a Steampunk masquerade.
Film School Confidential is thrilled to be screening a crisp 35mm print of David Lynch's Wild at Heart, a masterpiece of weird movie-making magic. FANGORIA editor and FSC host Chris Alexander will introduce the film and add context about Lynch's unique creative aesthetic.
The 2009 Toronto After Dark Film Festival is in full swing at the Bloor Cinema.  This year’s fest has it all: Horror, action, science fiction and thrillers are all represented.  It all kicked off on August 14th with Black Dynamite and ends on the 21st, this Friday, with the zombie-baby flick Grace.  Here is a […]