This week James and Yaw wanted to do something special for the season: a reimagining of the holiday classic Home Alone!

Our photos and clips from the press room of last night's Canadian Screen Awards. 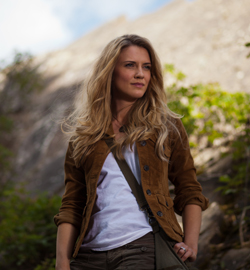 Enter for a chance to win one of ten pairs of passes to an advance screening of The Right Kind of Wrong in Ottawa or Winnipeg on Wednesday, October 9th, courtesy of Dork Shelf and eOne Films.

Frankenweenie might be Tim Burton's best film since Edward Scissorhands and his most assuredly made since Big Fish. It's an absolute winner and a really seasonal treat from a director out to give his audience exactly what they want and expect from him.

We talk to Canadian comedy icons and SCTV alums Martin Short and Catherine O'Hara about playing the parents of Victor Frankenstein in Tim Burton's stop motion animated Frankenweenie, what it's like doing voice work, some of their career highlights, and much more.