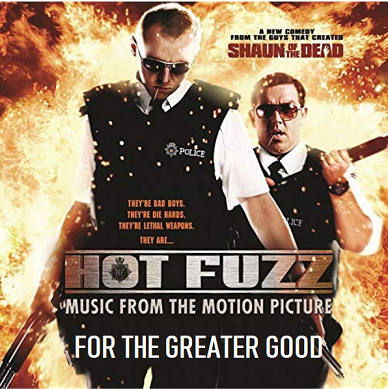 As a family, we pledged to embark upon an epic MCU rewatch before we see Avengers: Endgame – and answer the all-important question: should you watch these with your kids? Here comes Ant-Man!

We speak with actor Hannah John-Kamen about her turn as the not-quite-villain Ghost in Ant-Man and the Wasp and more!

Ant-Man hits Blu-ray this week, which means we're taking a second look at this Marvel origin/ heist story and breaking down the special features to let you know if it's "Shelf-worthy".

Enter for a chance to win one of ten pairs of passes to an advance screening of Edgar Wright's The World's End on Wednesday, August 21st in Toronto, Ottawa, Halifax, or Winnipeg, courtesy of Dork Shelf and eOne Films.

Enter for a chance to win one of ten pairs of passes to the Toronto premiere of Edgar Wright's The World's End on Wednesday, August 7th, courtesy of Dork Shelf and eOne Films. Who knows? Maybe there will even be a surprise guest there...