We sat down and talked with rising star Joel Edgerton about his starring role in The Odd Life of Timothy Green, what films inspired him growing up as a kid, and how he created a familial bond with his costars. 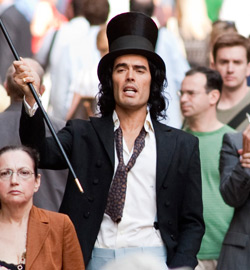 Much like the original Arthur with Dudley Moore from 1980, director Jason Winner's Russell Brand starring remake is a film perfectly befitting of it's main character. It is a film that coasts by so effortlessly on the charm and wit of the actor at the centre of it, that it is a hard film to dislike. It also really isn't that great of a film, and much like the billionaire, alcoholic playboy at the heart of the film, it has a lot of problems that are either never addressed or are dealt with too late in the film to have much of an impact.