Welcome to the grand opening of the Dork Shelf Video Store, your one stop shop for all reviews of the latest DVDs, Blu-Rays, classic re-releases, box sets, Netflix originals, and VOD debuts that you can watch at home!
Locke (Steven Knight, 2014) – Steven Knight’s single setting and single actor drama Locke is what it is without much to really talk about, but it’s also quite good. An existential and rationalist drama set within the confines of a single car while a man’s life crashes down around him, Locke is the kind of film that’s […]

Enter for a chance to win a copy of Locke on Blu-Ray, courtesy of Dork Shelf and Elevation Pictures!

We talked with Locke writer and director Steven Knight about the casting of Tom Hardy, the claustrophobic nature of his film, our culture of always being in touch and how it pertains to loneliness, and about the film’s intricate, specific details.

Enter for a chance to win a pair of passes to an advance screening of Locke in Toronto on Wednesday, April 30th with director Steven Knight in attendance, courtesy of Dork Shelf and Elevation Pictures. 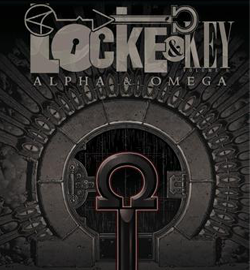