This weekend, the Toronto Film Critics Association met to discuss their collective choice for the best films of 2014 (this writer included). Hot on the heels of winning other critical year end awards in Los Angeles, San Francisco, and New York, nominations for five Golden Globe Awards, and major prizes from various film festivals throughout the year, it’s little surprise that the critics of Toronto decided to pass another major award on to Richard Linklater’s twelve years in the making coming of age epic, Boyhood.

The film, which I called the best film of 2014 late last week, beat out runner-ups Inherent Vice and The Grand Budapest Hotel for the biggest prize of the year. In addition, Boyhood also netted awards for Linklater in the Best Director category (finishing ahead of Inherent Vice director Paul Thomas Anderson and Grand Budapest Hotel’s Wes Anderson) and Best Supporting Actress for Patricia Arquette (who beat out Snowpiercer’s Tilda Swinton and Inherent Vice’s Katherine Waterston).

While the choice of Best Picture seems to be well in line with current critical consensus, several other categories give some traction to other major award season choices. Best Actor went to Tom Hardy for Locke, a film where he doesn’t just steal the show, but he’s the entire show. Hardy’s almost entirely solo act – focusing on one man trying to piece together his unravelling life on a single lengthy car ride on the biggest night of his career – beat out runner-ups Ralph Fiennes as the head concierge at The Grand Budapest Hotel and Jake Gyllenhaal’s sociopathic newshound in Nightcrawler.

Best Actress went to Marion Cotillard for her role as a strong, but morally conflicted Polish refugee trying to navigate New York City in the early 1920s in James Gray’s The Immigrant. While not exactly an upset by any stretch (Cotillard has also been receiving critical love this season for Jean-Pierre and Luc Dardennes’ Two Days, One Night), it does lend Gray’s film – which was notoriously stifled in its release attempts by The Weinstein Company in the US – a major award season push for a performance that has been consistently talked about, but often flies under the radar. Her work finished ahead of Julianne Moore’s turn as a professor dealing with early onset Alzheimer’s in Still Alice and Reese Witherspoon’s portrayal of Cheryl Strayed in Wild.

Best Supporting Actor went to another critical darling this season. J.K. Simmons took the prize for his portray of a tough love jazz instructor in Damien Chazelle’s Whiplash. The current frontrunner for the Oscar beat out worthy efforts from Josh Brolin as a hard-boiled, hippie hating cop in Inherent Vice and Edward Norton as an uptight actor in Birdman. 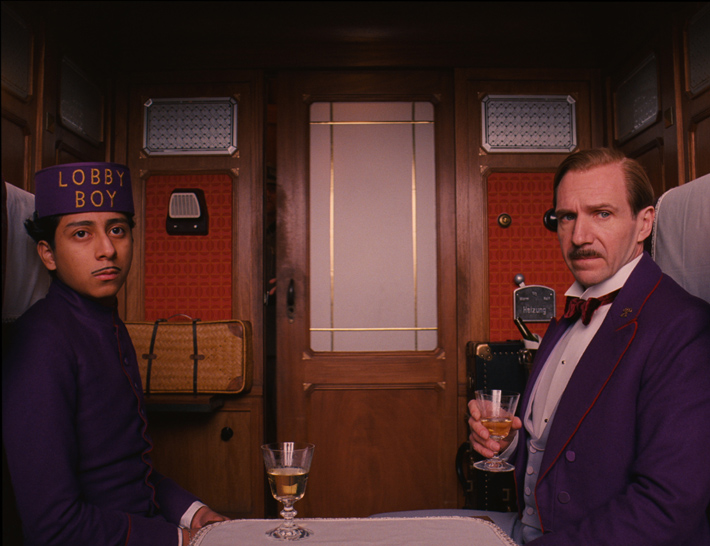 The nominees for Best Screenplay were the exact same as the nominees for Best Actor and Best Director, but this time Wes Anderson’s screenplay for The Grand Budapest Hotel was able to overcome Boyhood and Inherent Vice, both of which were also penned in part or in whole by the film’s directors.

In a bit of a shocker and probably the biggest surprise of all the awards, Best First Feature went to Ritesh Batra for his Indian drama The Lunchbox, beating out Dan Gilroy for Nightcrawler and Chad Stahleski and David Leitch’s Keanu Reeves starring action thriller John Wick. The film – a rare example of crowd pleasing, art house Indian cinema starring superstar Irrfan Khan – has flown under the radar of many critical voting bodies, but was a surprising success upon its release in India last fall (around the time it premiered at TIFF and following a successful showing at Cannes in 2013), and was released on North American screens in early 2014. It still in no way makes up for being snubbed for Oscar contention last year from its own country (which made it eligible for this year’s critical awards, and not last year’s).

Studio Ghibli took the award for Best Animated Feature for the second year in a row with a victory for The Tale of Princess Kaguya, which thanks to a tie in early balloting beat three other nominees: The Lego Movie, How to Train Your Dragon 2, and Big Hero 6. Voters found themselves taken by the stunning blend of animation styles, following up last year’s award being presented to Miyazaki’s The Wind Rises.

Best Documentary went to Jesse Moss’ look at one North Dakota community’s struggles with poverty in The Overnighters. The film beat out current Oscar frontrunner Citizenfour – looking at the leak of important national security secrets by whistleblower Edward Snowden – and the Harvard Sensory Ethnography Lab’s Manakamana.

In addition, the TFCA announced their three final candidates for Best Canadian Film, which will be revealed on the night of the organization’s awards gala on January 6th. The Canadian nominees are Xavier Dolan’s Canadian Oscar hopeful, Mommy, Michael Dowse’s Toronto set romantic comedy The F Word, and Denis Villeneuve’s twisted and surreal psycho-thriller Enemy. So while many of the awards have been announced, a trio of Canada’s best filmmakers are still being vetted for the final huge prize to be given out.

Also announced was this year’s winner of the Jay Scott Prize for Emerging Talent: Albert Shin, whose In Her Place played to raves at TIFF earlier this year and will return for TIFF’s Canada’s Top Ten in early January.