On the tenth anniversary of its last installment, the Friday the 13th series is down but not out. 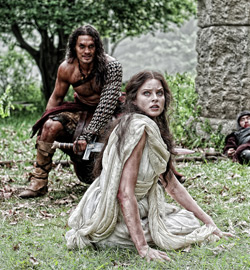