This month marks the tenth anniversary of Friday the 13th (2009), Platinum Dunes’ failed attempt at rebooting horror’s most iconic franchise. Director Marcus Nispel’s re-imagining aimed to make the Jason movies relevant again. But despite its modest box office earnings the movie failed to move the needle for critics and fans. And the awful reboot accomplished what dozens of camp counsellors, police offers, and a psychokinetic girl never could: keep Jason dead and buried.

Creatively titled Friday the 13th, the 2009 edition was a piss-poor attempt to revitalize the franchise. This version takes place in 2009 and stays true to original series, but with one slight alteration; it changes the series’ timeline. The reboot begins at the end of Friday the 13th (1980) and then wipes away all the sequels.

We’re treated to a janky flashback with Jason’s mother, Mrs. Voorhees, wrapping up her Crystal Lake killing-spree as she faces off with “the final girl.” But fate is in that final girl’s favour, and she decapitates Mrs. Voorhees as a young Jason watches from the shadows. Jason collects his mom’s head and retreats into the woods. He spends the next couple of decades alone and living like a survivalist until a group of obnoxious campers disturb his hunting grounds. We all know how the rest of this story goes.

Nispel’s version of Jason is a horribly disfigured bush-man (and mama’s boy) with a violent streak. Always the cold and silent killer, he murders anybody stupid enough to cross his path. He lays down traps for his prey and even brings one woman back to his underground layer.

Friday the 13th checks all the boxes you want these flicks to check: it features a cast of attractive twenty-somethings vacationing near Camp Crystal Lake. They drink, have sex, and get slaughtered by the series antagonist, Jason Voorhees. So, you would think that was enough.

WHAT’S WRONG WITH THE MOVIE?

This film has a lot of problems, but its worst offence is that it’s a slog. It’s not good. And it’s not cheesy in a winking kind of way. It’s not even terrible enough to enjoy ironically. It’s technically well-crafted but just plain dull.

The thing horror lovers forget to mention about the Friday the 13th movies is that they’re awful. The real joke here is that I can’t tell if this reboot, with all its issues, is paying homage to the series or flat-out uninspired. The Halloween, A Nightmare on Elm Street and Scream franchises put out their share of stinkers. But each series features at least one unassailable classic. There are beloved Friday the 13th flicks but not a single entry that is good. Which is sad, considering the horror genre sets the quality bar so low a toddler could crawl over it.

Friday the 13th is derivative, full of uninteresting characters, and flat-out boring. Now it may seem silly to call a remake derivative but hear me out. This series kicked off in 1980; times have changed since then, and so have moviegoers’ expectations. A successful reboot must do two things: hit the classic beats audiences expect and adapt to the modern era.

Halloween 2019 is a perfect example of a movie that gets it. Halloween gives us a Michael Myers versus Laurie Strode rematch while tackling current issues such as trauma, guilt, and PTSD. Friday the 13th tracks like a bunch of 9th-graders with a camera shot their version of a Jason movie. It’s beat-for-beat Friday the 13th karaoke. Nothing more and nothing less.

HOW TO FIX IT

Friday the 13th is crying out for a Blumhouse style lo-fi reboot. The producers should hire a hungry up-and-coming director, give them a $5 million budget, and get out of the way. Everyone knows the series’ slasher movie tropes, and a competent director can hit those cliched beats in their sleep. The trick here is to add some type of new hook to capture the audience’s attention.

After forty-years worth of Friday the 13th movies, it’s time for a screenwriter to take some artistic liberties. A radical screenwriter could switch things up and transform Jason into Justine Voorhees, the daughter of disgruntled serial killer Mr. Voorhees. I’d pay to see that. But there are more conventional paths for the series to explore first. 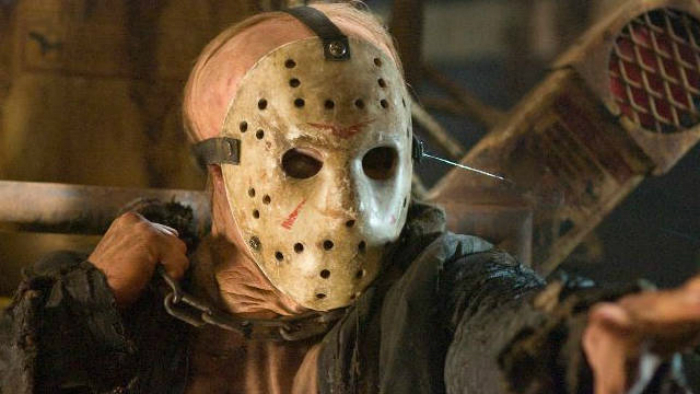 THE HERO
This reboot used its first 23-minutes as a prologue. It introduces a cast of forgettable campers who Jason massacres. After that, the title card appears, and then we meet the film’s real heroes. With all respect to Tommy Jarvis, this series doesn’t create great characters. Why not use that first 23-minutes to create protagonists worth caring about? Raise the suspense by using that time to develop several characters who could be the last person standing. That would add some tension to all the murdering. Or how about doubling down on a single character hellbent on taking Jason down? Think Freddy vs. Jason but without the camp. The possibilities are endless.

THE SETTING
Camp Crystal Lake has been done to death. Let’s mix things up with a new location. After all, we’ve seen Jason “Take Manhattan” and even pull a Chris Hadfield and shoot for the stars. Why not create a housing complex, a school, or an old west-style border town and call it Crystal Lake? Nobody will complain as long Jason’s vengeful spectre still lurks somewhere in the shadows.

THE TONE
Sure, it’s twisted, but Jason Voorhees is one of cinema’s most celebrated anti-heroes. These films put innocent people in Jason’s path so we can cheer on his killing spree. So, just go all in and let moviegoers experience each film like Romans at the Colosseum? Have Jason kill the worst people imaginable: social media influencers. How about a Fyre Festival-like party where internet celebrities get trapped on an island with Jason? A clever filmmaker would make the film an over-the-top gore-fest while also commenting on the horrors of consumerism, celebrity, and internet culture.

A new Friday the 13th film is inevitable. And modern audiences love a hit of pop culture nostalgia. The math looks simple. People already want to enjoy the series’ next entry, so a reboot doesn’t have to reinvent the wheel. It can stick to its time-tested formula, but, as the 2009 installment proves, it can’t feel like a collection of greatest hits. Or worse, a cash grab.

The next Friday the 13th can do whatever it wants as long as a killer in a hockey mask makes moviegoers scream, cheer, laugh, tremble, or cover their eyes. They just can’t make the audience yawn.