Mood Indigo, the latest bit of whimsical whatever from Michel Gondry, isn’t a film. It’s a fucking endurance test.

In the ugly, misanthropic, and dreadfully out of touch The We and The I, Michel Gondry thinks he's showcasing the pitfalls of being an NYC teenager, but he's really showcasing reasons why people hate teenagers. 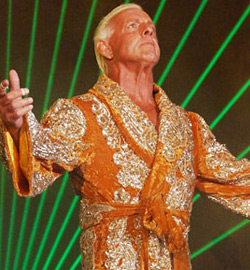 It’s been less than 24 hours since I watched The Green Hornet, and I’m already having a hard time forming a strong opinion on it. I’ve definitely never seen a movie try so hard and turn out so immediately forgettable. I at least have to give the movie moxie points for doing something (or rather, everything) differently. The Green Hornet eschews the now-formulaic Hollywood superhero blockbuster formula in favour of (seemingly) bold choices.
The first trailer for the Michel Gondry (Eternal Sunshine Of The Spotless Mind) directed, Seth Rogen starring adaptation of The Green Hornet has hit the web. The trailer makes the film look like a pretty generic action-comedy, but knowing Gondry, he probably has a few tricks up his sleeve. Seth Rogen still seems a bit […]