We talk to Louise Archambault, the Quebecois director of the Canadian Screen Award Best Picture nominee Gabrielle about avoiding misery and melodrama, her documentary-style approach to filmmaking, how coming of age stories can happen at any point in life, how her cast never felt pressured, and the relationship between her two award nominated leads.
Gabrielle Special Presentation Director: Louise Archambault Quebecois director Louise Archambault tackles the delicate subject matter of a young woman with developmental disabilities trying to secure her independence. Newcomer Gabrielle Marion-Rivard plays the lead who deals with Williams Syndrome in real life. She’s a likable, warm-hearted individual falling in love with Martin, a fellow member of […] 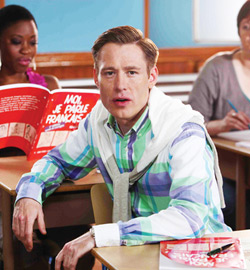