Set your phasers to FUN because it's time for another boozy Star Trek episode.

Father’s Day can cause a lot of mixed feelings, because fathers, and family in general, can elicit a slew of mixed feelings. But for all of their complications, there are just as many versions of dads on screen. Today we asked our Shelfers: Which on-screen dad reminds you of your off-screen dad?   Jefferson Davis: […] 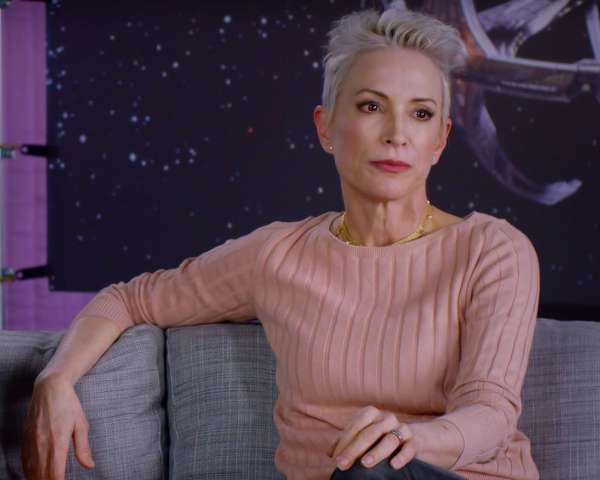 On episode 27 of Highly Logical – A Star Trek Podcast, Angelo and Nicole take a look at the new Deep Space Nine documentary What We Left Behind and interview DS9 showrunner Ira Stephen Behr and stars Nana Visitor (Kira Nerys) and Andrew Robinson (Garak).

Angelo and Nicole recap episodes 12 and 13 of Star Trek: Discovery, then dive into The Next Generation's "Yesterday's Enterprise" and DS9's "Crossover."

Angelo and Nicole break down Star Trek: Discovery's midseason finale "Into the Forest I Go" and compare it to the Deep Space Nine classic "Hard Time."

Join Angelo and Nicole as they recap and discuss the Star Trek: Discovery premiere and an old favourite episode from the Deep Space Nine archives in their new podcast Highly Logical.
As a life long Trekkie, I went into the new J.J. Abrams Trek reboot/sequel with my expectations set to stun—fearing that if I set them to kill I would end up vapourizing myself… whatever that means.  Phaser analogy aside, I knew that J.J Abrams’ vision of Star Trek would be different from that of its […]