To help celebrate Star Wars day, Disney announced that Taika Waititi will direct a new Star Wars feature film. Waititi, an Academy Award-winning screenwriter, will share co-writing duties with 1917 screenwriter Krysty Wilson-Cairns. And ever since COVID-19 threw the planet into disarray it must be stated that this project is set for a theatrical release.

Even the smallest bit of Star Wars news makes waves in pop culture, but this announcement stands out for a few significant reasons. 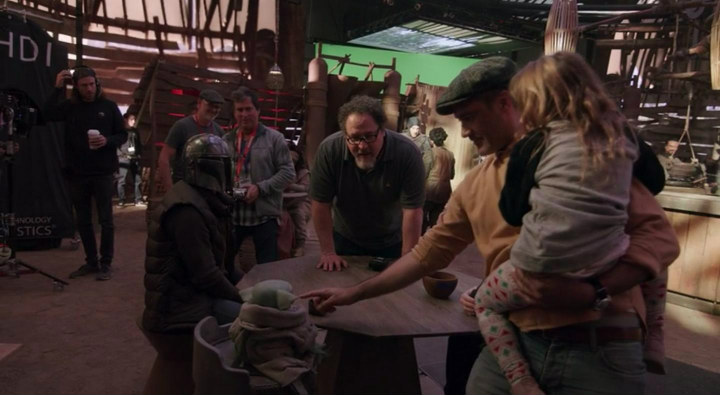 Star Wars’ track record as a brand is unassailable. Between 2015-2019 the franchise has earned nearly $6 billion at the global box office. In a time when fewer people go out to the movies, the Star Wars franchise remains as close as films come to a surefire box office bet.

Josh Trank, Gareth Edwards, Colin Trevorrow, as well as the filmmaking duos of David Benioff and D.B. Weiss, and Phil Lord and Chris Miller were all attached to Star Wars projects before things went sour. The Star Wars franchise’s head honchos fired, replaced, or overruled all these fellas at some point in each film’s development cycle.

Trank’s Boba Fett movie never got off the ground. Edwards’ Rogue One underwent major reshoots under the guidance of script-doctor Tony Gilroy. And Lord and Miller’s film, Solo, had already begun shooting when they were let go and replaced with Ron Howard.

The issue here is that filmmakers helming Star Wars projects must toe a razor-thin company line. The bean counters want directors who deliver something profitable, entertaining, and full of imagination, but not a picture so unique it may tarnish the brand. But here’s the thing, as popular as the franchise is today, it’s box office power is starting to fade.

To stay relevant, Star Wars needs to evolve, but the series’ gatekeepers (and a chunk it the fanbase) are scared of change.

The Star Wars movies take place is a fantastical sci-fi world full of all the action, romance, and swashbuckling adventure any moviegoer could hope for. But truth be told, most of the movies feel way too familiar.

In a universe teeming with life, why do so many stories have ties to the Skywalker family? Each new entry in the saga feels shackled to what came before – more concerned with paying fan service than treading new ground. Sure, you don’t want to bring loyal fans to an alien corner of the galaxy that feels completely alien. But at some point, the franchise has to tap into its unlimited potential – something that the non-canonical novels, comic books, and video games have done for 40 years.

Waititi possesses one of the industry’s most distinctive voices, and his movies resonate on a frequency that’s all his own. He wrote and directed an Oscar-contending film where he plays “sweet Hitler.” If you want to know just what this puckish New Zealander brings to the Star Wars universe, check out The Mandalorian’s final episode Redemption (which he helmed). The standout episode delivers 48-minutes of pure, uncut Waititi.

Waititi’s style is on full display in Redemption’s opening sequence, which features two Stormtroopers guarding Baby Yoda. In most director’s hands, this scene offers nothing more than some ho-hum conversation; a couple of faceless jabronis dropping dull exposition until one of the heroes arrive. Waititi elevates the material and transforms the exchange into something memorable. He enlivens the scene by infusing it with humour, personality and even a sense of menace.

Lest we forget, Waititi resuscitated Marvel’s ailing (by MCU standards) Thor franchise. Between his film Thor: Ragnarok earning $853,977,126 at the global box office and his Oscar win for Jojo Rabbit, the man has earned major Hollywood clout. His string of successes also makes it less likely that Star Wars’ overlords will step in to tamper with his filmmaking mojo.

A cynic would say that Waititi signed on to make a Star Wars movie for the payday. To that I say Waititi doesn’t touch a project unless it’s something he can leave his mark on. One look at the man’s filmography, and it’s evident that he’s compelled to create unique stories that are thoughtful and heartfelt. Need another example? He even used a series as popcorn flicky as Thor to thematically tackle colonialism and the fallout from a culture sanitizing its blood-thirsty legacy.

Waititi may have climbed onboard the Star Wars gravy train, but this filmmaker is too ambitious to give moviegoers more of the same. And that’s a win for people who love ambitious sci-fi, moving stories, and of course, Star Wars films.