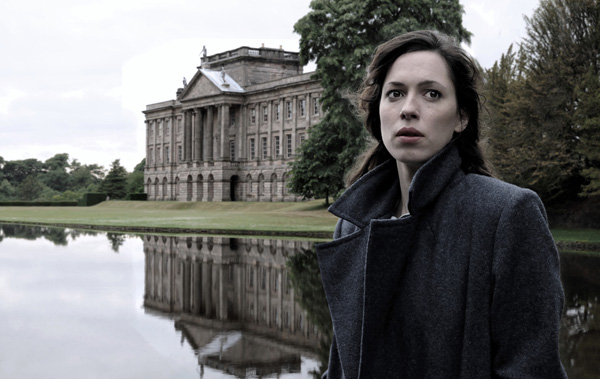 Following a successful debut at TIFF 2011, considerable buzz from its domestic release in the UK last year, and a laudatory note from no less than filmmaker Ridley Scott declaring it the best picture he saw last year, the haunted house film The Awakening finally arrives in North America amid a slate of other similarly titled films that often get jumbled in the mind of the average moviegoer. While far from the best film of the year like Scott would say, this efficient and slow burning chiller does offer some genuinely good scares, some interesting thematic material, and a strong leading heroine before a muddled ending sours things slightly.

In 1921 London, following a war and an influenza epidemic that claimed nearly a million lives starting 8 years prior, educated woman and academic writer Florence Cathcart (Rebecca Hall) has devoted her life to debunking the possible myth of ghosts. Plagued by some personal demons, Florence doesn’t reject the idea that ghosts exist entirely, but she’s never had any promising leads to prove otherwise. Enter the assistant head master of an all boys preparatory school (Dominic West) who along with the estate’s long time caretaker (Imelda Staunton) claim they have evidence of a real ghost. Sceptical by nature, but still searching for answers, Florence travels to the school with loads of equipment to try and solve the mystery at the heart of the school.

Director Nick Murphy does a great job of crafting atmosphere in a remote and ornate location befitting of the period, and his direction is slick without ever resorting to forced jump scares to misdirect the audience. His intents manage to be far more psychological and intellectual than one might think a film of this calibre would be able to muster, and he gets some wonderful assists from his cast.

As an early model feminist, Hall injects a real sense of purpose and a hard nosed edge to Florence that few period pieces allow women to have. When the film somewhat abruptly changes gears about an hour in to focus on Florence’s inner torment, Hall wisely never allows the character to devolve into some sort of withering flower. She gets scared, but she’s able to dust herself off very quickly. West and Staunton also do great work as two like minded professional types with some skeletons in their closets.

The film’s second half shift from the actual mystery at the school to focusing on something more personally tied to Florence’s past isn’t a bad move by any stretch, and the surprising emotional payoff it gains from this switch makes the film a cut above average rainy day horror movie melodramas. Where the film does stumble quite noticeably is regrettably at the very end when everything should be coming together. Without spoiling anything too much, at first the ending makes no sense, then it kind of comes up with an explanation that makes sense, and at the very end it betrays the very logic that the rest of the film set up to send the film out on an artfully ambiguous note that rings false when compared with everything around it. It doesn’t kill the movie entirely, but it’s certainly a considerable demerit. Still, that’s a better ending than last week’s similarly themed modern day paranormal investigatory procedural Red Lights. Now that’s an ending to kill a movie dead. Here it just brings the film back down to Earth from something great to something that can easily pass the time.