Disney’s The Lion King remake arrives in theatres in 100 days. To kick-off the countdown they’ve released a full-length trailer to give fans a small taste of what’s to come. And it’s nothing short of spectacular. The trailer shows off the movie’s cutting-edge visual effects, reveals new takes on beloved characters, and of course, features the iconic song, The Lion Sleeps Tonight.

The Lion King’s director Jon Favreau started pushing visual effects boundaries with his 2005 sci-fi flick Zathura. (Think Jumanji in space). Since then he’s set the MCU’s visual aesthetic with his Iron Man films and created an ambitious western/sci-fi mashup with Cowboys & Aliens, but he really left a mark on the visual effects game with his 2016 Jungle Book remake.

Favreau’s Jungle Book remake crossed the sought after threshold between the beautiful CGI work that studios have pumped out for decades and photorealism. And the movie is a sight to behold; a crystal clear and hyper-realistic-looking fantasy tale with an entirely CGI cast save for the film’s lead character Mowgli (Neel Sethi). Now, just a few years later, it looks like Favreau took the technology even further. Words won’t do this trailer any justice so take a look.

I know I’m dwelling on aesthetics, and a movie is nothing without great characters and a compelling story. But damn, this film’s visuals are seriously next-level. Certain shots look as though they’re ripped from one of Netflix’s Our Planet documentaries. What impresses me the most? The talking animals aren’t as unnerving as the ones featured in last year’s Mowgli: Legend of the Jungle.

Don’t expect this tale to stray far from Disney’s 1994 classic. We all know how The Lion King’s story plays out. They even re-cast screen legend James Earl Jones in the role of Simba’s father, Mufasa. This film is a case where the experience is about the journey and not the destination. Think of it as a celebration of the characters you’ve held near and dear to your heart for the past quarter-century.

With an absurd cast, sky-high productions values, and a can’t miss story, The Lion King is this summer’s can’t-miss family flick. 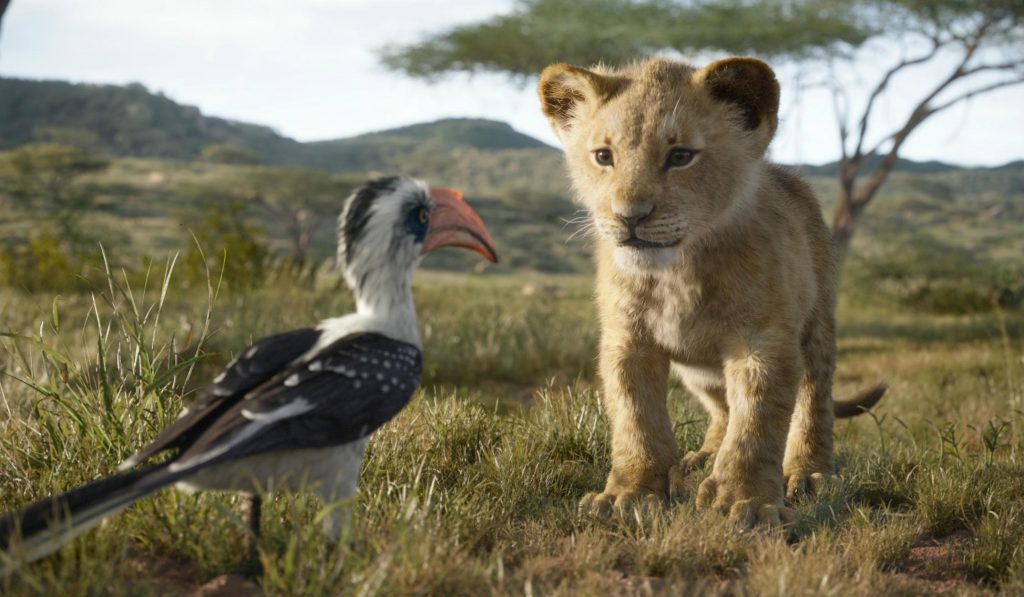 Disney’s “The Lion King, directed by Jon Favreau (“The Jungle Book”), journeys to the African savanna where a future king is born. Simba idolizes his father, King Mufasa, and takes to heart his own royal destiny. But not everyone in the kingdom celebrates the new cub’s arrival. Scar, Mufasa’s brother—and former heir to the throne—has plans of his own. The battle for Pride Rock is ravaged with betrayal, tragedy and drama, ultimately resulting in Simba’s exile. With help from a curious pair of newfound friends, Simba will have to figure out how to grow up and take back what is rightfully his.

Staying true to the classic story, director Jon Favreau utilizes pioneering filmmaking techniques to bring the iconic characters to the big screen in a whole new way. Featuring the voices of Donald Glover as Simba, Beyoncé Knowles-Carter as Nala, James Earl Jones as Mufasa, Chiwetel Ejiofor as Scar, Seth Rogen as Pumbaa and Billy Eichner as Timon, Disney’s “The Lion King” opens in theatres on July 19, 2019.