While still riotously funny when it’s at its best, it’s hard to tell if The Trip to Italy is a bit of a comedown or not from its stellar predecessor because it’s almost the exact same film in every way. This reunion of prolific filmmaker Michael Winterbottom with actors Steve Coogan and Rob Brydon in a romp across a country to try all of its best foodie destinations was also cut down to feature length for North American audiences from a multi-episode BBC series with little discernible to be missed. The food looks great, the chemistry between the leads works as well as it ever did, there are plenty of celebrity impressions, and in true modern sequel fashion, the characters in the film have a keen understanding that they’re starring in a sequel.

The two man band gets back together quite simply. Rob calls Steve (both actors playing fictionalized versions of their real life personas) and says The Guardian wants them to do some more restaurant reviews since they went over so well the last time, but this time in Italy. Steve joins Rob and they make various stops along the countryside with a small handful of personal asides eating some the best food one of the most culinary minded countries has to offer. 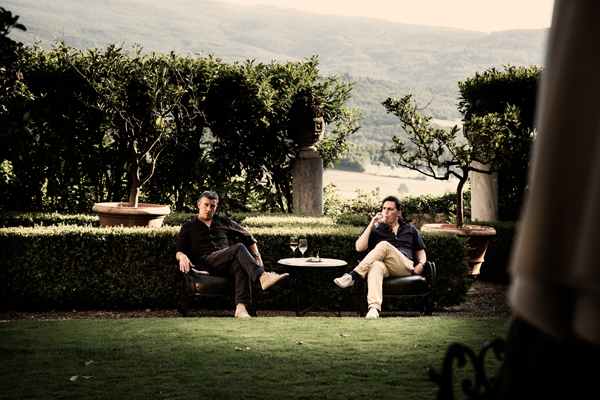 There are riffs on the unintelligible cadences of the actors in The Dark Knight Rises, a running gag involving an Alanis Morissette CD, a really funny repetitive use of the word “affable,” and various other silly diversions and chats taken between sightseeing trips to Pompeii, boating excursions to the islands, and chowing down on opulent food and great wine.

If it all feels slower than the previous outing, that’s probably because outside of flipping the script and making the desperately wanting to be liked Rob have the more melancholic storyline than Steve it’s the exact same film in almost every other way. It’s a wash-rinse-repeat sequel in construction, but this isn’t the kind of film that’s meant to be a deep, existential look at the human condition. It’s a couple of friends farting about and having some laughs that hopefully the audience will follow along with.

The updates are minor, but noticeable. Steve isn’t in as much of an existential crisis as he was in the first film. His biggest problems are the more than likely cancellation of his latest TV show and his teenage son (Timothy Leach) has been at loggerheads with his mother. Rob, on the other hand, seems to be struggling with self esteem issues tied to being offered a major role in an American production and his wife feeling more distant with the arrival of their newborn. Here, Steve walks the relatively straight and narrow and Rob gets to play the screw-up, and the actors seem game to switch off on the heavy lifting. Or as heavy as the lifting can get for a film that’s essentially still a paid vacation.

Aside from a pretty abrupt stop that’s a noticeably wonky difference from its predecessor, Winterbottom, Coogan, and Brydon all make the most of the scenery, and that’s kind of the point, isn’t it? You’ll laugh. You’ll get really hungry. You wouldn’t mind them doing another one.