An incendiary, unsettling, and remarkably evenhanded look at the extremely small handful of doctors in the world capable of performing late term abortions (past the 21st week of pregnancy and accounting for less than 1% of all abortions provided), Martha Shane and Lana Wilson’s film shows the personal side of the persecuted. The four doctors profiled living in the shadow of George Tiller, the first doctor ever to perform such an operation who was gunned down in church back in 2009, have thicker skin and bigger hearts than most of the people protesting them probably realize.

Portrayed as something other than erudite elitists or boogeymen ripe for ridicule from the far right, Shane and Wilson show their subjects as humans and doctors who want to do right by their patients. LeRoy Carhart finds himself amid a legislative battle in Nebraska that would push him out of the state. Susan Robinson and former midwife Shelly Sella trade off between Alberqueque and California practices and screen their patients rigorously before agreeing to do the astoundingly expensive and sometimes dangerous procedure. Warren Hern found himself in the profession after being aghast at how many women in South America he witnessed dying from illegal abortions.

These are extraordinarily strong people who have been protested and threatened to great degrees, and in one case by a pastor openly calling for their blood. Shane and Wilson get to the heart of the psychology and biology behind the abortion debate splendidly, without dwelling on the religious implications. The protesters are there, but they aren’t the point, and that’s the way a doc like this should be handled.

After Tiller will be a part of the Bloor’s new Sunday Salon series (co-presented by the Toronto Film Critics Association) on Sunday, October 4th at 4:30pm, with film writer Adam Nayman will join in a post-film discussion and a glass of complementary wine for all attendees. 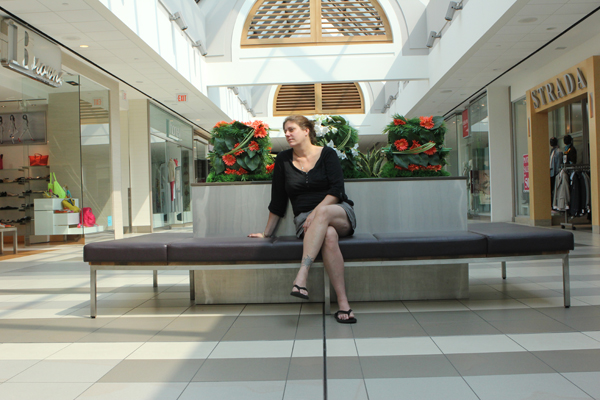 Coming off his TIFF award for his other film this year, When Jews Were Funny, Toronto’s favourite documentary curmudgeon Alan Zweig’s film from earlier this year gets a theatrical release. This time, prodded on by a friend who came up with the titular list of reasons to keep on going every day, Zweig stitches together a series of loving, thoughtful, and life affirming vignettes based around each concept.

From a woman who goes to crowded shopping malls to revel in unrecognized solitude and stories of how getting drunk on a boat can lead to exciting opportunities in life, some of the stories are silly and quirky. Others, including the story of a paralyzed mountain climber learning how much his friends love him and a recovering alcoholic who finds solace and acclaim from analyzing other people’s songs, pack a lot more of an emotional punch. Zweig himself gets in on the action with two personal stories: one about a car he used to own that asserted his own originality and the other an incredibly melancholic and powerful remembrance of late actress Tracy Wright. Both are animated, and aside from a few purposefully leading questions needed for context, Zweig lets the stories stand on their own.

It’s episodic by nature, and some of the stories feel a bit too truncated to preserve a sense of pacing, but it’s impossible to say that any of the stories are invalid to Zweig’s core thesis. These are sublimely simple reasons to get up every day and the small beauty and victories one can find in the darkest places, all told with Zweig’s refreshingly bullshit-free tone and voice. It’s the best kind of inspirational film: one that doesn’t try to cram it down the throat of the viewer through carpet bombing forms of emotional manipulation. Zweig understand what many “feel good” filmmakers tend to forget: that life’s most beautiful moments are the ones that are undistorted and often freed from a greater context.

The Bloor’s Cinema Politica screening series continues on Tuesday, October 3rd at 6:30pm with a screening of Heart of Sky, Heart of Earth – a look at Mayan activists rising up against major corporations that are draining and taxing Guatemala’s natural resources. Admission is by donation.

Plan Canada’s Because I am a Girl Fund will hold a fundraising screening of Girl Rising on Thursday, October 10th at 6:00pm in honour of International Day of the Girl. The doc focuses on nine young women from around the world standing up to social injustices in their countries. Tickets are $10.

Shorts That Are Not Pants will be co-hosting a screening of Henry Joost and Jody Lee Lipes’ dazzling look at dance NY Export: Opus Jazz on Thursday, October 10th at 9:00pm. Based on Jerome Robbins’ 1958 “ballet in sneakers” the film – much like Wim Wender’s Pina – takes the dancing out of the studio and stage and out to the streets. Trust us when we say it’s a great and often incredibly and criminally overlooked film. National Ballet of Canada Artist-in-Residence Rex Harrington will be on hand to introduce the film and talk a bit about the complex and enthralling choreography being employed.