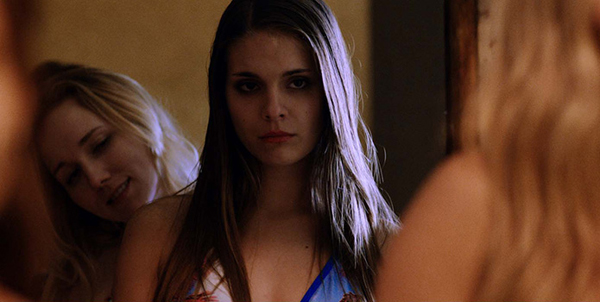 It’s hard to explain in great detail exactly what’s wrong with McKee (May, The Woods) and Siverston (I Know Who Killed Me) remaking their own 2001 team-up because there’s a gem of a good idea buried within their work following a movie changing supernatural twist about 30 minutes in. The easiest way to explain the problem without getting into specifics is that despite the novel gestures, there’s not too much original or interesting before or after the twist.

This tale of four high school cheerleaders and their goth friend going to war against an incredibly douchy football team captain and his “dogs” following a life altering incident takes a long time to get to the point without ever really setting anything up. The characters are all too thinly drawn to warrant not diving right into the core storyline, and once the hook arrives even that doesn’t really get explained (including, and this I will spoil, something almost inconsequential involving body swapping that barely adds anything and is really confusing at first since it’s hard to tell some of these people apart). There’s a lot of energy, good performances, and McKee and Siverston bring a welcome amount of style that shows progression as filmmakers, but the story here definitely could have used a few more drafts to make this one work. (Andrew Parker)