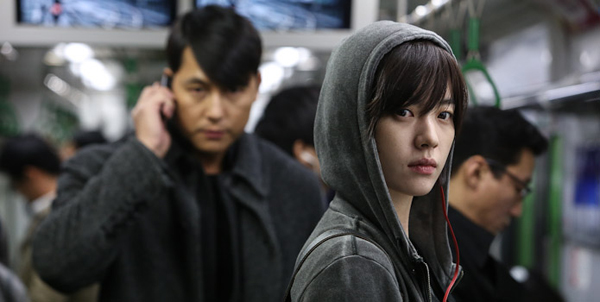 Although technically a remake of 2007’s Eye in the Sky, this fast paced and entertaining South Korean cops and robbers thriller owes a lot more to Ben Affleck’s The Town and Michael Mann’s Heat than it does other films from the country.

Ha Yoon-ju (Han Hyo-joo) has just become the token rookie on an elite squad of professional surveillance operatives (all of whom are given zoo themed names by their gruff, sexist, and distant boss) tasked with stopping a master thief and cold blooded killer (Jung Woo-sung) from knocking over the stock exchange.

Expertly filmed and relentlessly kinetic in how it bounces back and forth between the heroes and the villain’s perspectives, it’s definitely more of a procedural than a character piece. But what it lacks in character it surely makes up for in excitement and filmmaking prowess. It also has one of the best lines of any film this year (“You lose when you’re tired. You win when you’re insane”) and an excellent fight sequence that creatively uses an iPhone as a potentially deadly weapon. Those looking for some action at this year’s festival needn’t look any further. (Andrew Parker)